Santa Rosa- Demonstrators today blocked trucks from leaving PG&E’s Rohnert Park ‘smart’ meter installation yard and later shut down the company’s Santa Rosa customer service center for 3 hours, demanding an immediate halt to ‘smart’ meter installation, full disclosure of the microwave radiation emissions from the meters, and hearings at the state level on the health impacts of the meters. 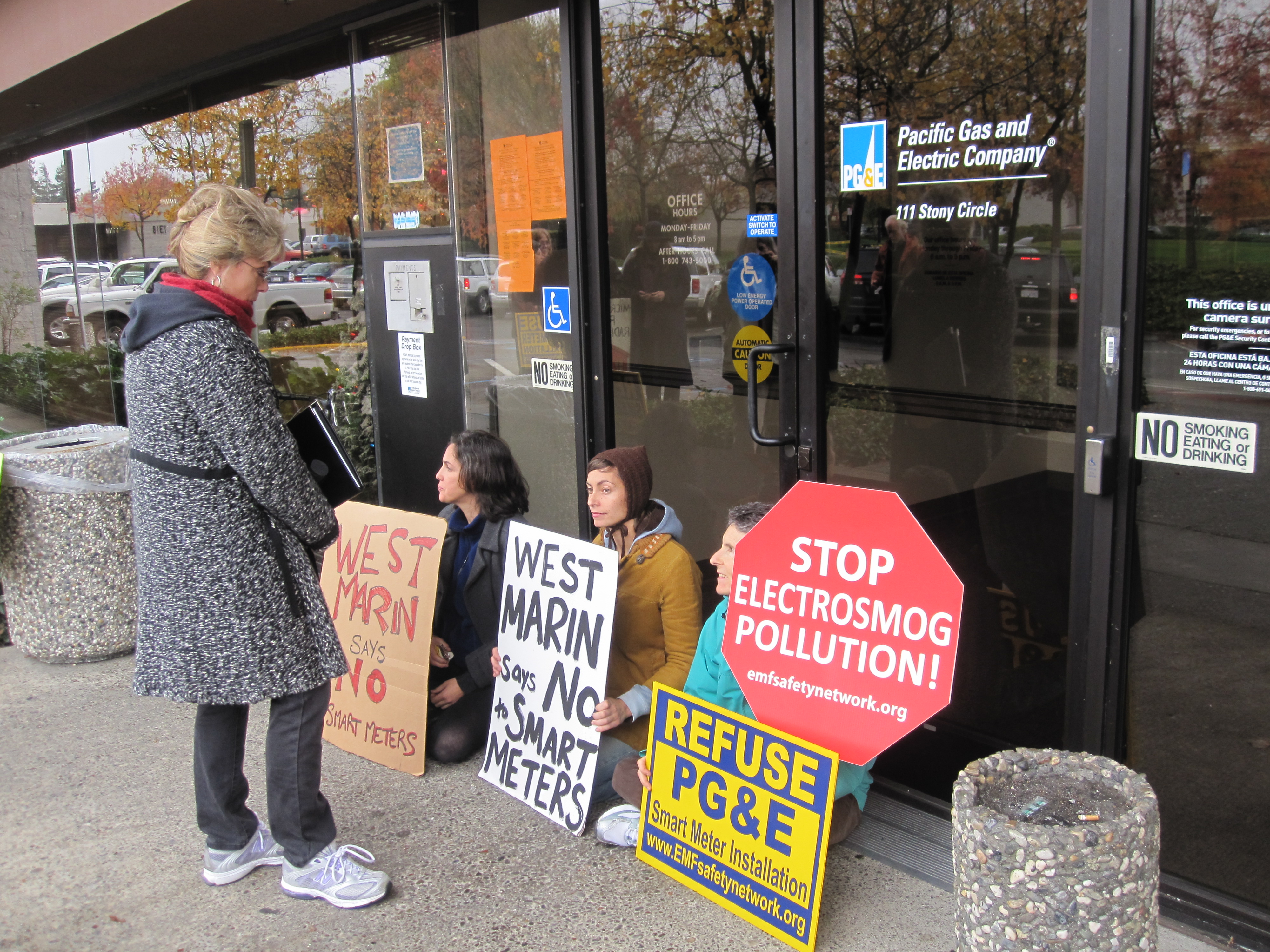 PG&E refused to provide the requested information and shut down their offices, declining to have police make arrests, essentially allowing a handful of concerned Bay Area mothers to shut down their business for half a day.   The demonstrators speculate that the reluctance to order arrests was an attempt to minimize press coverage of health problems that have increasingly been associated with the new meters.   Many PG&E customers are reporting headaches, dizziness, nausea, tinnitus and heart palpitations that began when the new wireless meters were installed. 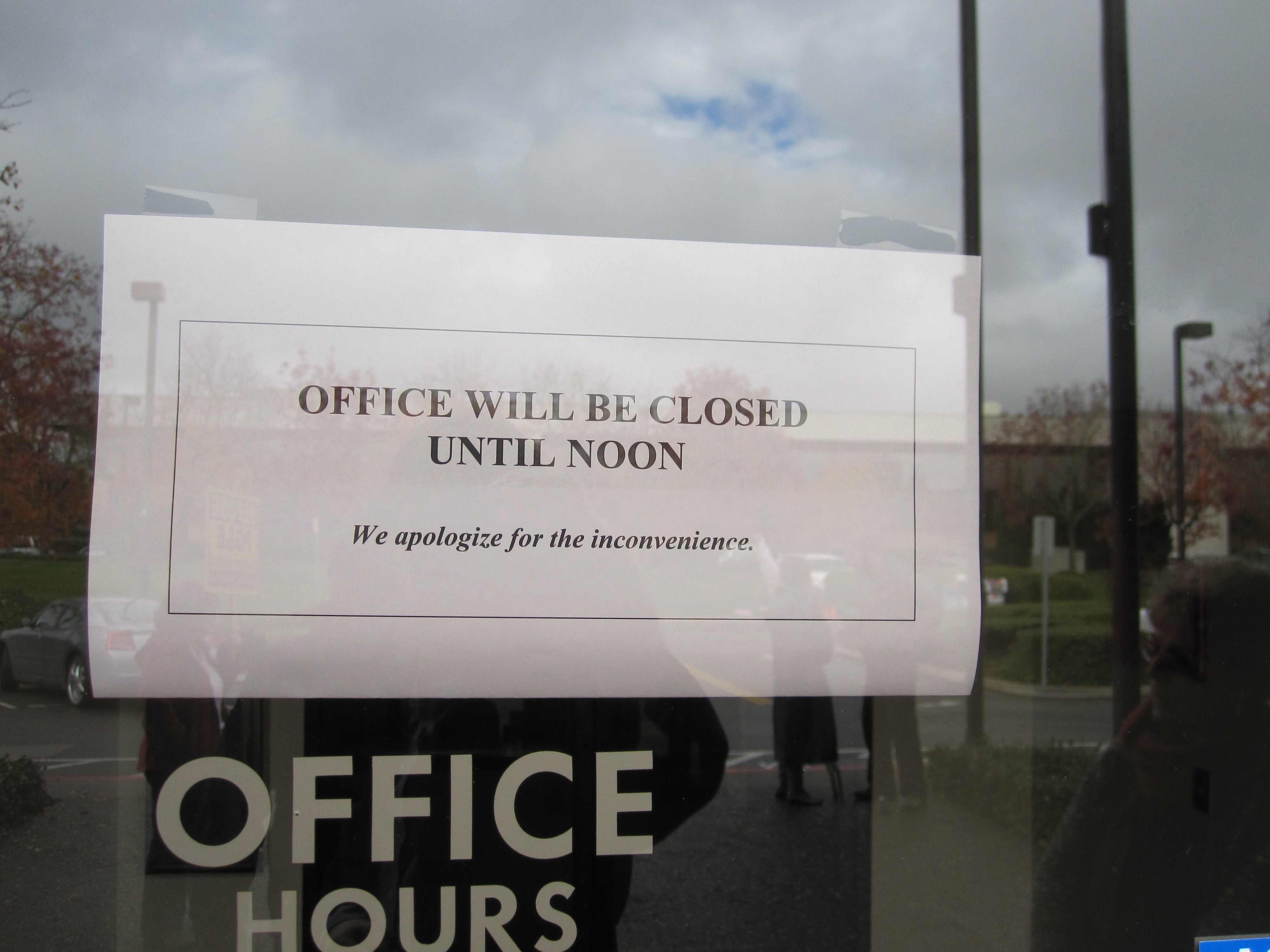 PG&E Hunkering Down Out of the Media Spotlight

While PG&E claims that the meters are ‘only 1/6000th the amount of radiation of a cell phone,’ independent experts measuring the radiation say the meters put out powerful pulses 2-15 times per minute that are between 2 and 3 times the strength of cell phones, which are being linked with brain tumors and other health impacts.  According to Joshua Hart, Director of Stop Smart Meters! a group that is fighting the mandatory wireless meter program,   “PG&E has been using time averaging in a slick attempt to hide the real strength of this radiation.  The intense spikes of microwave emissions- unlike the continuous waves from a cell phone or wifi router- may be what are making people sick.” 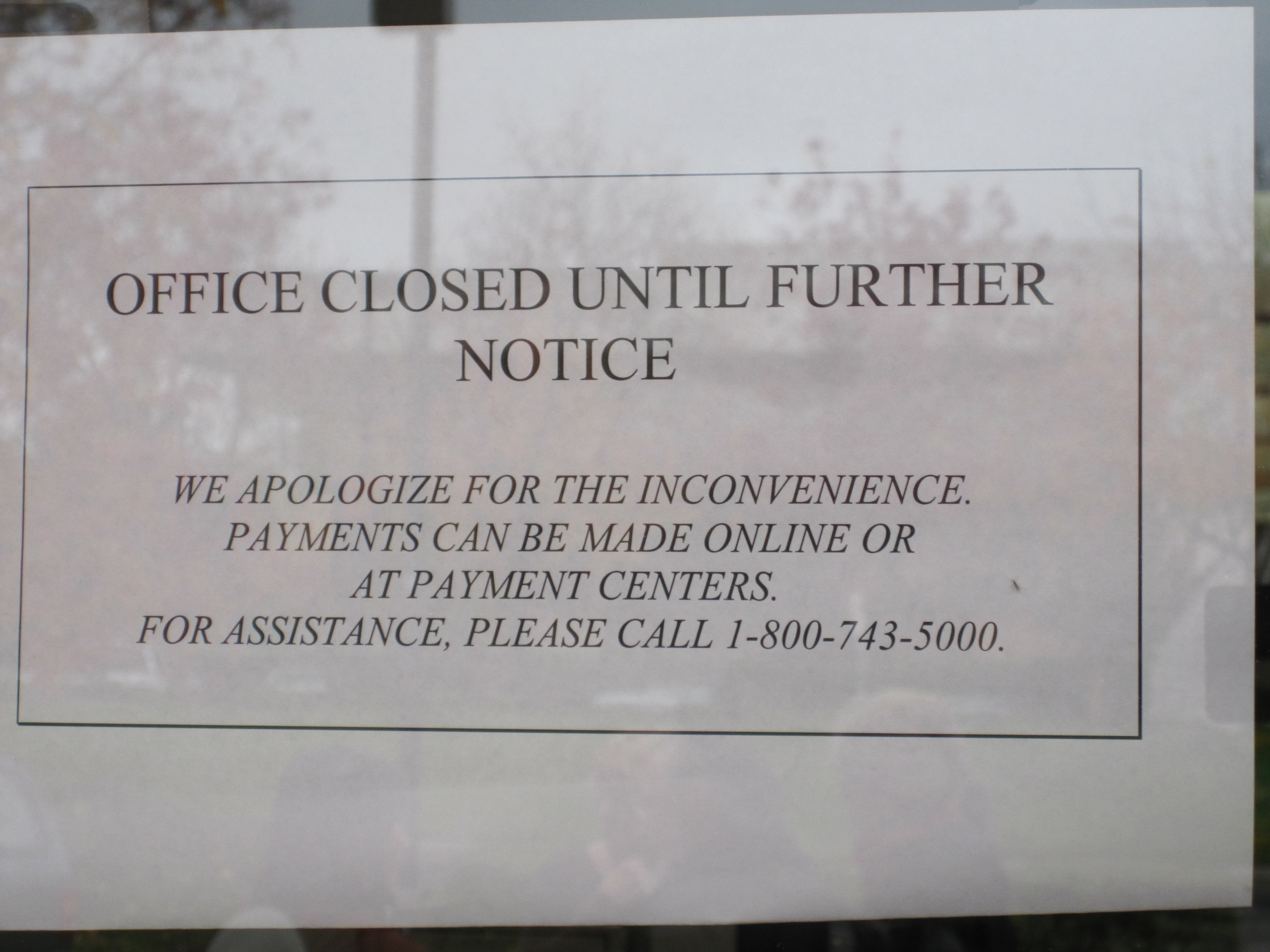 We apparently stayed longer than they were expecting....

At a community meeting in West Marin on Monday evening, dozens of angry residents expressed their willingness to risk arrest in order to stop the forced deployment of the wireless meters after hearing firsthand accounts of health impacts suffered by their neighbors.

“I’m here to protect my children,” said Katharina Sandizell-Smith of Pt. Reyes Station, one of the women risking arrest.   “These wireless meters are untested on human populations and they are making people sick.   We need hearings on health damage, and we need an immediate halt to installation.  If they didn’t have anything to hide, why not disclose the peak radiation levels and hold open public hearings?”

This entry was posted in Citizen rebellion, Democracy, PG&E. Bookmark the permalink.