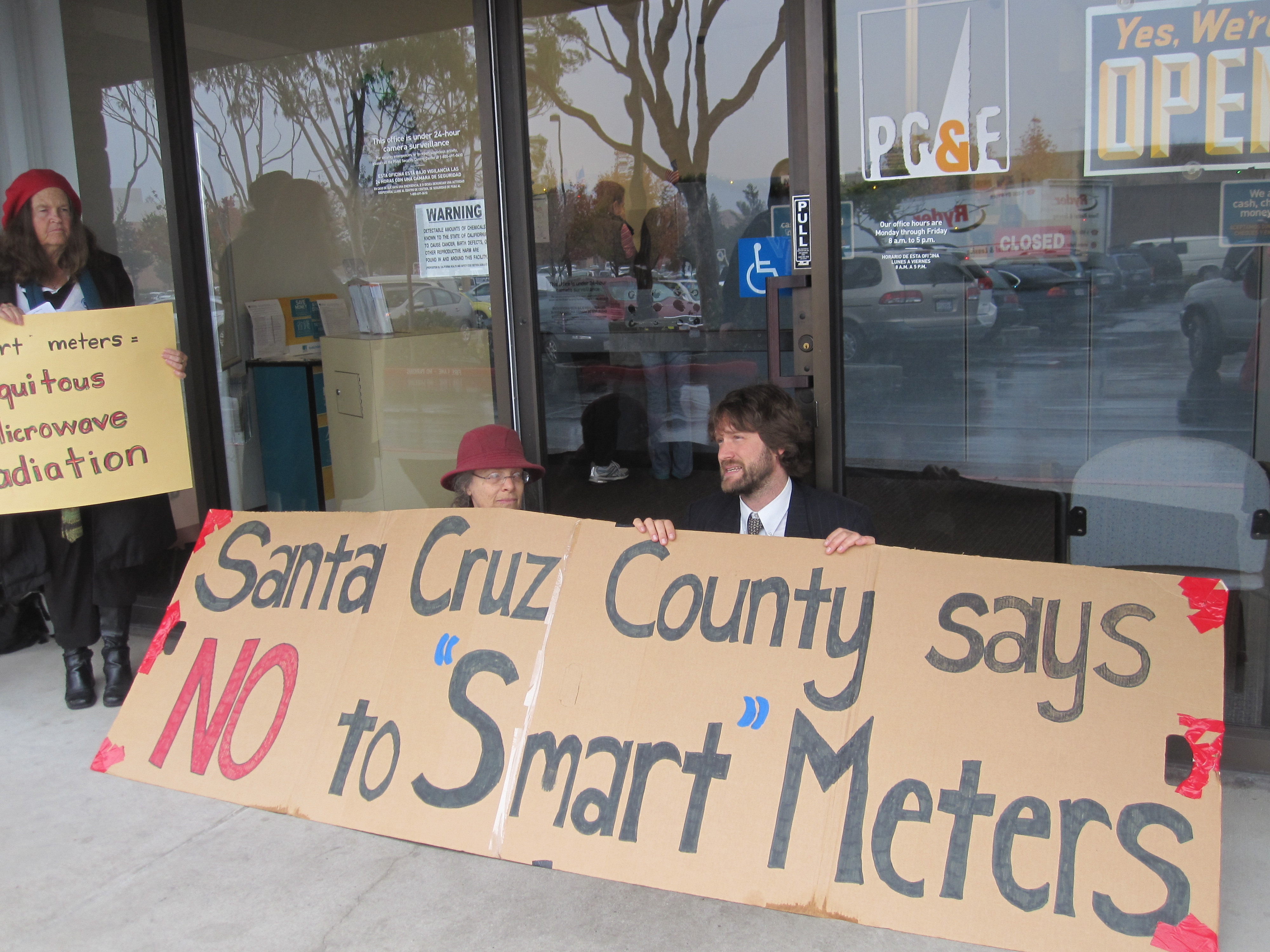 This protest shut down the Capitola PG&E service center, on the same day that Marin residents shut down PG&E's San Rafael offices

Hundreds of PG&E customers- outraged about the health damage caused by wireless ‘smart’ meters- today ramped up protests, testifying at county government meetings and shutting down payment centers in both Santa Cruz and Marin Counties, demanding an immediate halt to the program.  Protesters are also angry about PG&E’s attempts to cover up the growing health scandal and recently revealed espionage carried out against their own customers concerned with increasing reports of nausea, headaches, and bouts of dizziness from the meters. The protesters, backed by 22 local governments, and an increasing number of scientists and medical professionals, are demanding that PG&E halt any further installation of smart meters.   A statewide investigation is underway into the health impacts from the wireless radiation from the meters, which are suspected of sickening thousands throughout the state.

On Monday, PG&E sent a number of internal e-mails that it had released to the CPUC, attempting to offer up a sanitized version of the emerging scandal to the regional media.  Despite the fact that PG&E had censored the release, there are still a number of alarming revelations:

1)     It has become clear that PG&E- using falsified identities- gained access to private e-mail lists to obtain information about how much their customers knew about health impacts from the new meters, what their political activities were, their movements, personal details and other private information.

3)     An employee that PG&E apparently ordered to monitor the activities of protesters said in a report back to head office, “This is fun- no one said ‘espionage’ in the job description”

4)     Confirming that PG&E has declined to order protesters arrested who are obstructing their business, to avoid media attention, one of the e-mails states, “No coffee and donuts. (police arrests)  We will give them the platform they are looking for if we do that.”

“Not only are PG&E spying on their own customers in an attempt to cover up health damage from their new meters, they are also insulting our law enforcement officers with an old tired stereotype.  Reading over these e-mails, it is clear that PG&E senior officials whose job it is to deliver reliable energy supplies and keep the public safe, are just a bunch of overgrown frat boys who think the health of California families is just a game. The time for removal of ‘smart’ meters and publicly run utilities is now.” said Joshua Hart, director of Stop Smart Meters!

Video of the protests will be available shortly 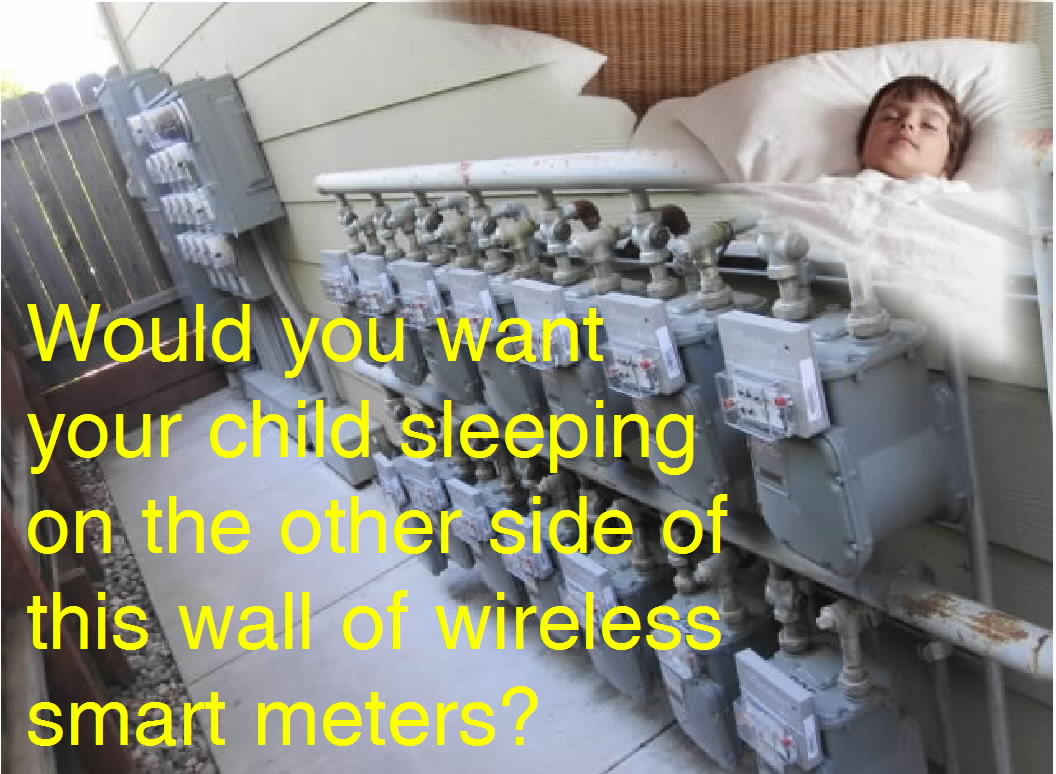