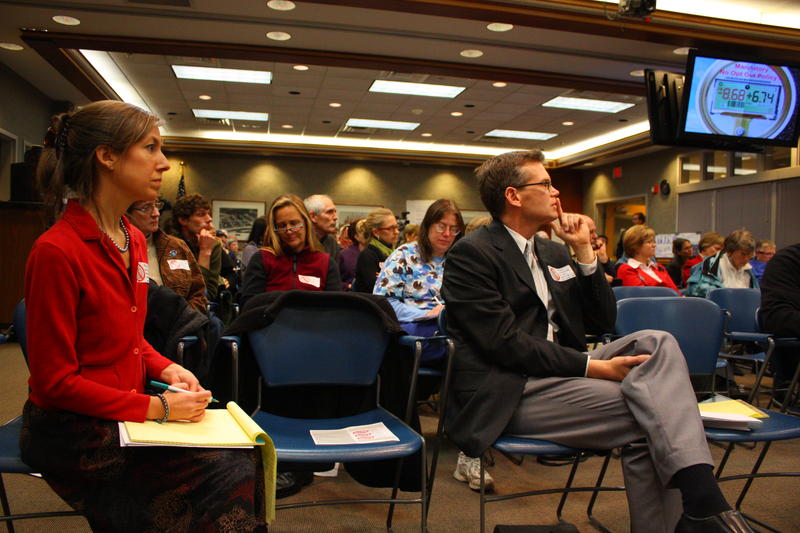 Last week, the California Public Utilities Commission’s (CPUC) Division of Ratepayer Advocates (DRA) again weighed in on the increasingly contentious debate about the health impacts of wireless ‘smart’ meters.   The DRA- which advocates for low rates, safety and environmental protection- has demanded in the strongest possible terms that public hearings on the issue of ‘smart’ meters, radiofrequency (RF) and health be held immediately.

Their excellent response to the flawed CCST health report echoes comments from a number of medical doctors, researchers, and academics who have strongly criticized the conclusions of the report as unscientific.  Specifically, the report simply excludes evidence that indicates that wireless radiation may be causing serious biological harm. Why should we expect anything more from a health study carried out by an organization that did not include a single medical professional and whose goal it is to “maintain California’s technological leadership and a vigorous economy.”

If we’re honest, wasn’t this exercise a bit like asking the tobacco industry to write up a report on the health impacts of smoking?

“The report states that ‘there is currently no conclusive scientific evidence pointing to a non-thermal cause and effect between human exposure to RF emissions and negative health impacts.’ While the report cites three studies that claim adverse impacts, it does not explain why these studies are not relevant to the current debate. The same can be said about the Bioinitiative Report, a research survey often cited by parties concerned about RF emissions, which is merely listed in Appendix E as an ‘unsolicited document.’ DRA recommends that the CCST Report be expanded to provide a scientific critique of the Bioinitiative report, and other reports that assert a link between RF emissions and negative health impacts. CCST should explain why, in its opinion, these sources do not constitute evidence that indicates a need to establish limits for non-thermal impacts, if only as a precautionary measure, even if conclusive findings are not yet available.”

Here at Stop Smart Meters! we have noticed a similar phenomenon amongst those who refuse to consider the strong and growing evidence that our increasingly wireless world is taking a serious toll on our health.   We’ve seen the eyes glaze over, and a certain monotonous denialism take hold, where certain scientific findings are excluded from reality because it is simply too difficult or uncomfortable to fit into a particular worldview.  Who knows- maybe they can’t type it into their iPhone fast enough.  The inconvenient truth, so to speak.

In a similar (and remarkable) leap of denialism, the New York Times’ Felicity Baringer compares those who question the health impacts of the smart meter to climate change skeptics.  Insisting that peer-review is the litmus test of what to believe about the world, she nevertheless goes on to ignore the large and growing stack of peer-reviewed studies pointing to health damage from wireless radiation.   Psychologically, it’s probably more comfortable to live in a world where a small hysterical fringe group is whining about electrosmog, than a world where government agencies work closely with industry and the media to obscure legitimate health concerns expressed by regular people, particularly about something as ubiquitous as wireless technology.

Thank god that social norms change periodically.    While in February 2011, the norm is for practically everyone to use cell phones and single occupant motor vehicles, an epidemic of brain tumors and the inundation of our cities by rising sea levels might well make people question the conventional wisdom that blind application of new technology is progress.

The DRA goes on to address several inconsistencies and gaps in the CCST report:

• Are FCC guidelines designed to protect all persons exposed by smart meters, including children, the elderly, and those with health issues or medical implants?

• Does reduced mobility of the person receiving the RF exposure increases the level of exposure?

We applaud the DRA for their cogent analysis and appropriate concern about the reckless rollout of a technology that could lead to lasting damage to humans and other life.  These questions need to be answered and they are not going away.  If anything, the demand for science based precaution is growing louder every day.  Resistance to radiating spy meters is spreading around the world.