Stop Smart Meters! and friends held a successful protest both outside and inside the Computer History Museum in Mountain View on Thursday as Julius Genachowski, Chair of the Federal Communications Commission, spoke about the need to increase wireless capacity, ignoring the millions who are suffering ill health as electrosmog pervades nearly every last corner of our nation.

Bracing for heckles (this is Silicon Valley after all) we were pleasantly surprised by many honks of approval and support from passing drivers.   Several even stopped and joined our demonstration, showing that the growing resentment against corporate intrusion into our private lives and the backlash against wireless technology is alive and well even in the midst of the world’s tech capital.

A driver of an SUV- license plate “DNS” swerved into the driveway at a high rate of speed, narrowly missing several protesters on the sidewalk.  Perhaps this was a Silicon Valley exec who was not too keen to see us out there.   This individual’s dangerous actions echoes how little the industry cares about human health or safety.  (If you know who this vehicle belongs to, please let us know.)

We smuggled a Stop Smart Meters! banner inside the talk and just when we thought everyone in the audience was about to go to sleep, we stirred things up a bit with the classic banner drop disruption that was also caught on film by some tech bloggers.

Apparently we weren’t the only ones upset by FCC policies.  Almost immediately, a woman whose husband has a brain tumor from his cell phone use spoke up, and another woman who is being forced from her home because of smart meters told Julius how she felt.

We don’t relish or enjoy disrupting public proceedings like this but these kinds of protests are inevitable when the democratic system breaks down and an agency like the FCC becomes virtually an arm of industry rather than a public servant. 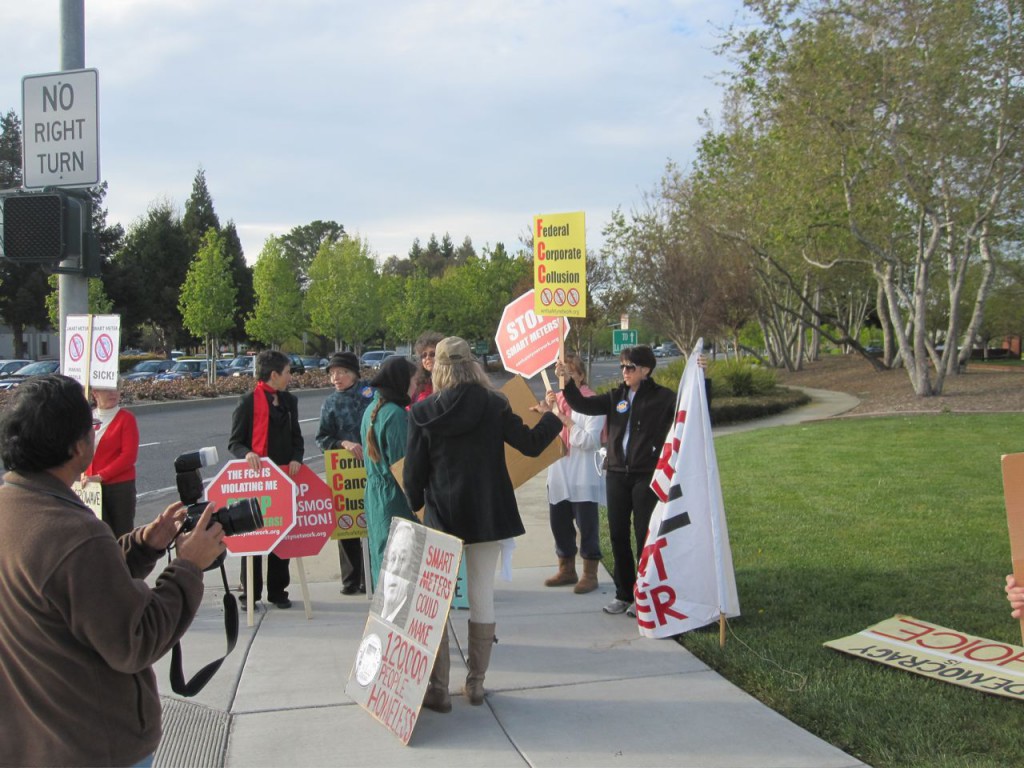 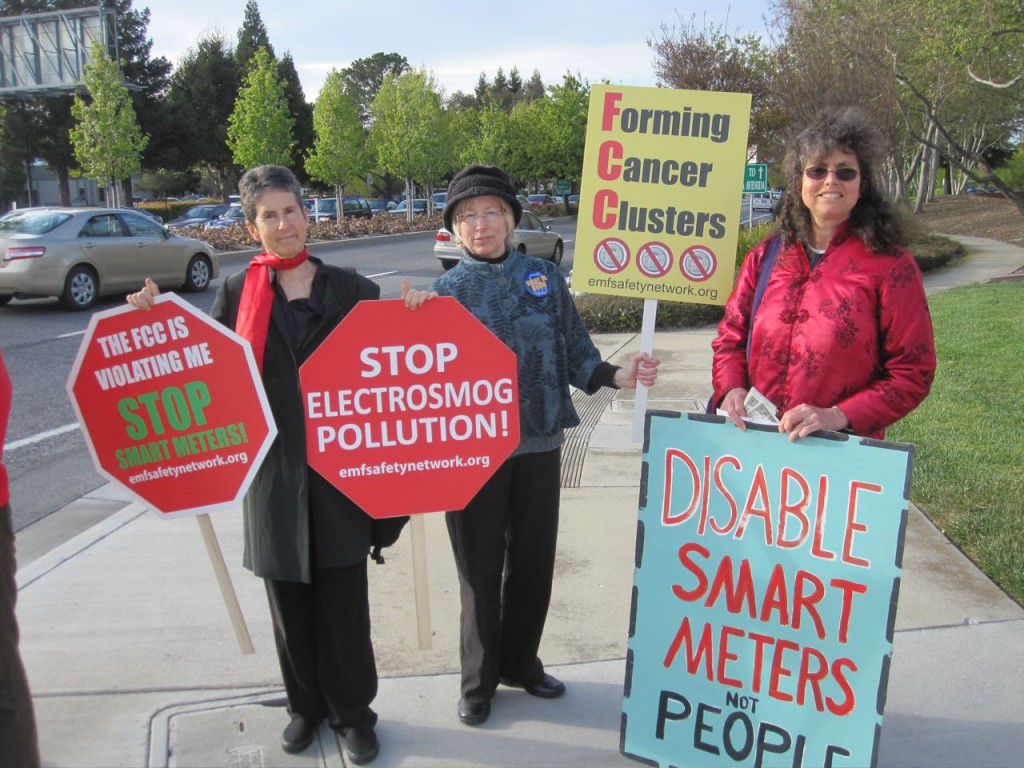 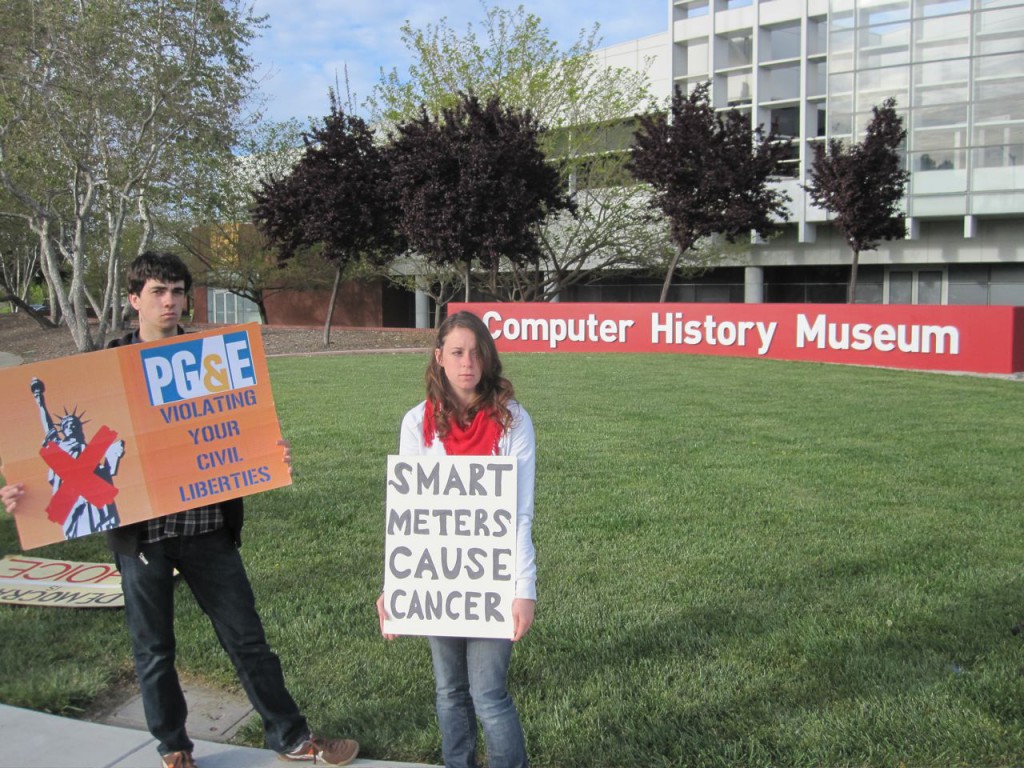