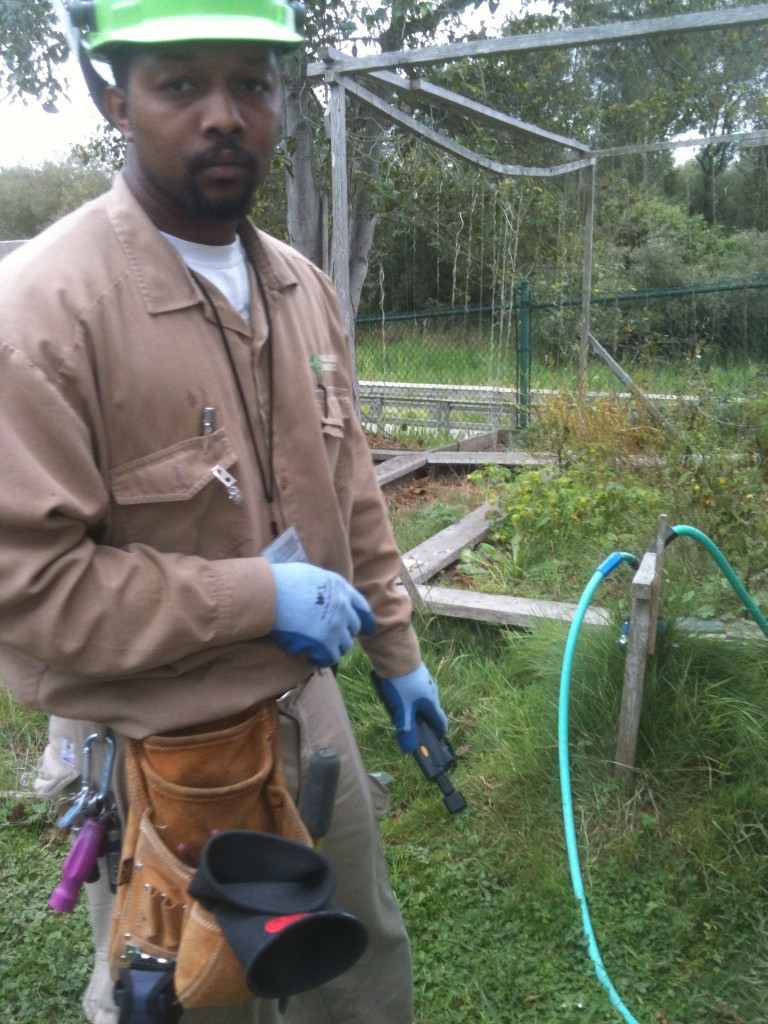 This account came in this morning and it is very alarming.   It’s clear that PG&E is getting desperate and is resorting to physical violence to force their meters into our communities.  Alan is currently at the police station filing a police report about this incident.  We must come together and refuse to go along with these illegal, violent installations.

I received a ring on my doorbell at about 10:45 AM and when I went outside I realized that a technician from Wellington corporation (working for PG&E) was already installing “smart” meters on my building which is only several feet from where I sleep. He was working rapidly and would not stop to acknowledge me throughout most of our interaction. I told him that I am disabled and had been assured when I talked to PGE representatives that I could “opt out”, at least temporarily, from having smart meters replaced on my building until a later date, if at all, (which I understood meant the whole building, but now am told that what I was told was incorrect.) I informed that although I was upset about the violation of my rights and well-being that I knew he was just a worker and did not consider him my enemy.

I asked him to stop and consult with his manager or boss before continuing since it was my understanding that this installation would not happen at this time and I am extremely sensitive to EMF frequencies among other things which make me ill. He refused to stop and ridiculed my concerns. He commented that if anyone interfered with his work he was instructed to call the police. I requested he call the police and stop work until the police arrived. He ignored me and continued working. I then went inside and returned with my camera and took several pictures of him installing, along with my sign protesting such installation thrown on the ground. I then attempted to get a photo of his front showing his name badge. He immediately grabbed my camera and squashed it in his fist, breaking the lens out (the lens extends when on) and destroying it. He then shoved me on the right shoulder. My neighbor had arrived in the middle of this and I demanded my camera back and he gave it back. He did not apologize and continued with a menacing attitude. I demanded he call the police and said I would if he did not. He then called the police. I called a number for legal support in front of the technician and asked my neighbor to stay, hoping that would deter any further assault. The technician ridiculed me for using a cell phone. 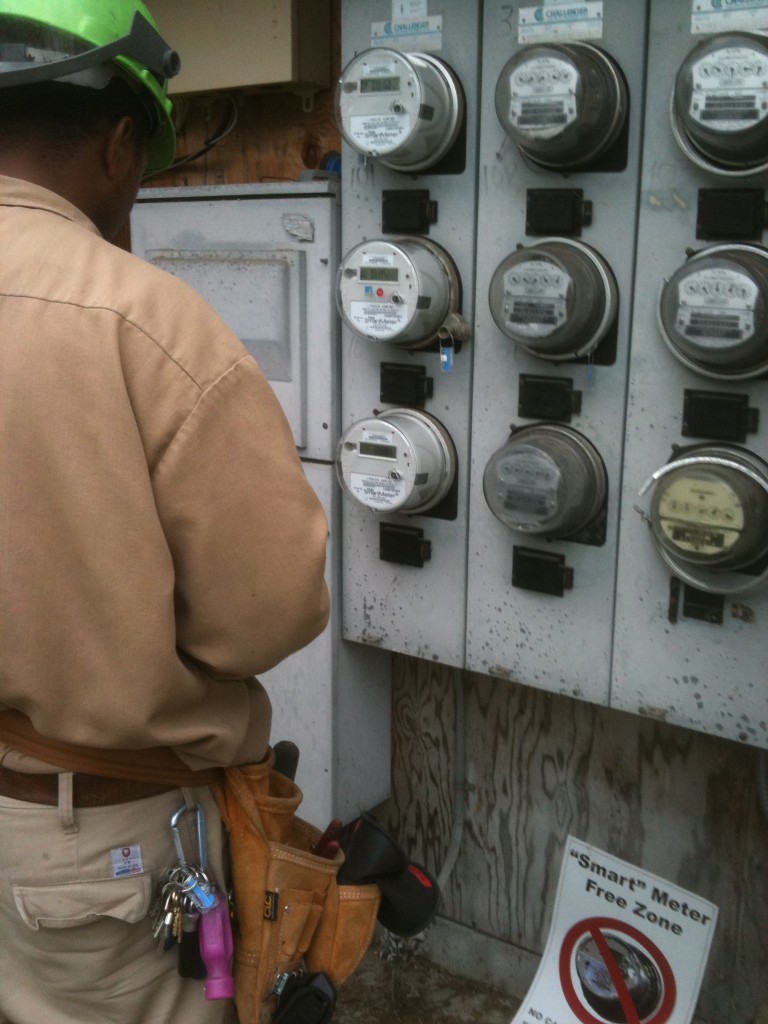 When the police officer (Ken Deeg, Officer 135) arrived, I noted again my disability and request that the technician stop and call his boss or PG&E and that local ordinances legally prohibit smart meters. The officer said the legality issue had nothing to do with him and stated the technician was authorized to do everything he was doing. I asked to file a police report regarding my camera and the assault. He told me to leave so he could talk to the technician in private. After a lengthy consult, he then spoke with me and gave me his card. He recommended I not take action against the technician because the technician would also press charges and I “would lose.” I asked if this meant if I did not press charges, the technician also would not and he agreed. He then pushed up close to me several times to demonstrate how I was in the “technicians space” apparently to indicate that I was at fault in this way. This was inappropriate, especially as he did not say, “the technician claims you did…” such and such, but seemed to take his side as truth without question. He was not interested in hearing details from me, only the technician. I am concerned because although he was generally professional, he seemed to be taking sides without investigating all the facts first and seemed to be already prejudiced against me or my position. Although I requested to file a report asking what I needed to do about three times, he left without that happening. When I called the police station later in the day, I was told I need to follow up with the same officer – possible case #7848, but am told this is probably the “installers case against me.” Still haven’t been able to file a report…

Editor’s Note: You have the right to demand that any installer leave your property and they are compelled to do so by law.   If they refuse, you can call the police and report a trespasser.  These are your basic property rights, whether you are an apartment dweller, a homeowner or a worker at a business.

Several things: (1) after two nights I am amazed and devastated at how bad these are. I feel like I am being electrocuted, subtle but not subtle – in other words nervous system assault intense, but on a initially imperceptible level. I am extremely sensitive, canary in the coal mine. 8 meters several feet from my bed…exhuastion making it hard to think clearly. (2) The same worker is still working on this complex. I am shocked that after I told PGE about this, the police were informed (police report) that not only have they not pulled him off installation, the still have him working here! (3) I appreciate the support and I need help figuring this out – hard to think clearly and get rest under the circumstances. 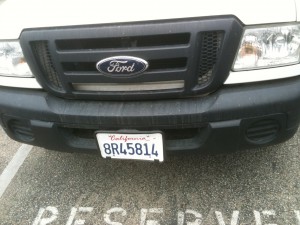 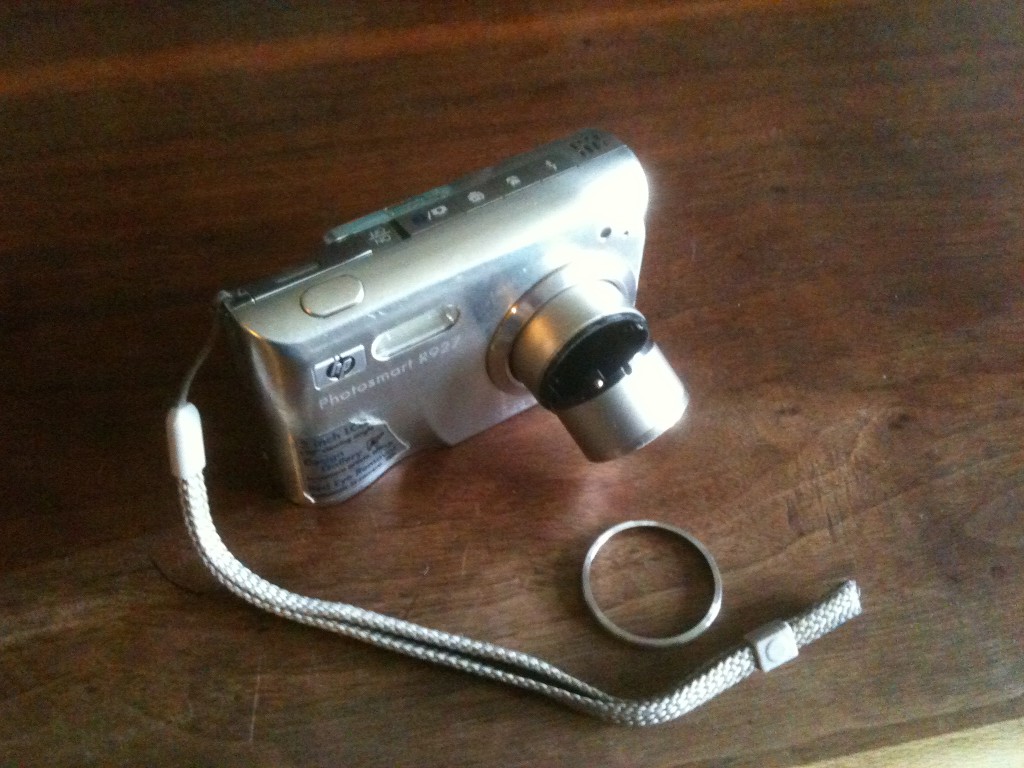 This entry was posted in Citizen rebellion, Democracy, Installer Threats and Assaults, PG&E. Bookmark the permalink.