Sacramento Smart Meter Awareness Finally Wins the Official Right to an Analog (After much Blood, Sweat, and Tears) 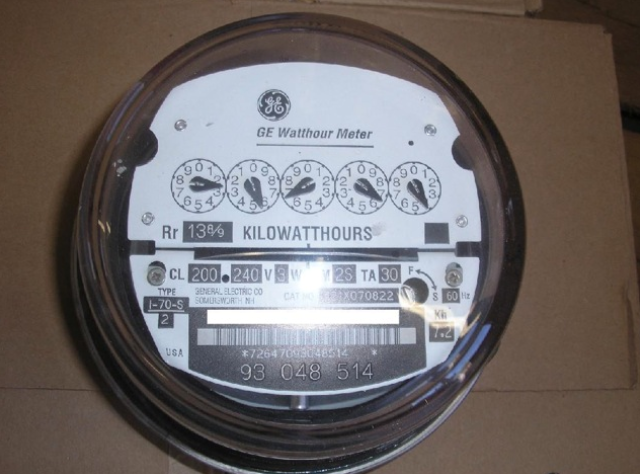 The analog meter that SMUD is installing on “opt out” customers’ homes. Unlike many ‘trojan horse” analogs that are wireless or wireless ready, this appears to be a real, genuine analog meter. The real thing at last and a departure for the lying sacks of smug at SMUD

Eleven months of hard labor paid off in March as the Sacramento Municipal Utility District (or SMUD aka SMUG) bowed to public pressure and officially allowed customers to use an analog meter.

Eleven months of relentless effort has paid off in California’s capital.  Starting in May of 2012, two Sacramento residents Eric Windheim & Bernie Gough started to vehemently object to the SMUD Board about health, safety billing and privacy issues.  Eric and Bernie brought in five more key members right away, and a number of people from Bay Area environmental health groups provided technical assistance.

The group spoke consistently twice per month at each SMUD Board meeting. SMUD was put on notice about the illegality and unconstitutionality of their smart meter program.

Sworn Declarations of people injured by SMs were served on the SMUD Board.  Letters were presented (served) each and every time: some were 15 pages long with charts and attachments.  All letters were posted on the SMUD website and all meetings were televised and recorded for archive.

SMUD realized the opposition was not going away and the group was growing in numbers.  Six ADA accommodations for disability were filed and denied 60 days later via an unsigned “Legal Decision” from SMUD.   SMUD was forced to admit that their claim regarding the number of Radio Transmissions of “Only Six per day” was false.  (see below) They admitted that the meters in fact transmit 13,381 times per day.

In October, a woman named Rosa P. brought her nightgown that had been stained by the bloody noses that were caused by the bank of smart meters mounted on her bedroom wall, and placed it on the overhead projector.

Directors reacted with horror and the public has been forbidden to use the projector to this day.

Armed guards at SMUD meetings were tripled from the October 4, 2012 “Day of Action” forward: when the group spoke at the Board meeting they would stand behind the group with their hand resting on gun holster.

SSMA directors & members effected a Smart Meter Update Workshop for 2/21/13 thereby negating the 1/1/13 service disconnect that SMUD threatened to impose on those refusing the SM or the Digital Meter.

SMUD spent thousands of dollars on outside experts to sing the song of how safe the SMs were at the workshop.  Paid SMUD speaker, Yakov Scholnikov PhD from Exponent Inc. stated: “The human body gives off more radiation than the SMUD Smart Meter.”  The audience laughed.

SMMA directors made three, ten-minute overhead presentations along with 15 other public speakers including those sickened and injured by SMs.  A permanent steel railing barricade was installed to keep the public back 25 feet and the public speaker podium was moved back 25 feet just in time for the Workshop and remains today.  SSMA are calling for a dedication plaque.

SMUD formed an Ad Hoc Committee (in secret) and recommended to the Board to allow Analog meters.  Finally, SMUD Board voted (3/21/13) unanimously to allow Analogs but with a stiff extortion fee of $127 up front and $14 per month.

SMUD says the “New Analogs” will not arrive for at least 45 days and many people are in critical health with some having been to the ER room 11 times for A-Fib since the SMs were installed.

Eric Windheim warned SMUD in writing at the 3/21/13 Board meeting that slow analog meter restoration (45+ Days) could lead to an otherwise avoidable “Health Incident” that may lead to a “Liability & Legal” situation for SMUD. 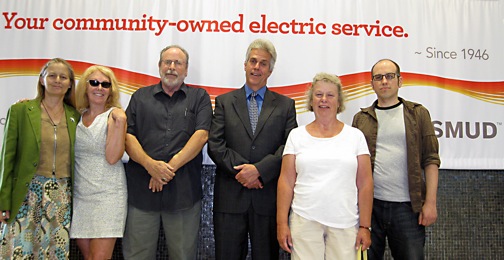 Heroes who gave up (and are still giving up) their free time and paid work to defend the public interest. Be a hero in your community!

SSMA is still working on these issues:

If you live in Sacramento, or have friends and family who do, SMUD is not easy to deal with.  Here are some very important points to adhere to (good advice for anyone dealing with their utility):

Keep a diary log of your contacts with SMUD. Deal with them in writing if you can.  If you must call, write down all calls and outcomes of each call

Michael Moriarty is the contact at SMUD with whom to request an analog meter.  Please contact him directly at michael.moriarty@smud.org or 916-732-7281.  He has called himself the “Smart Meter Customer Advocate” but in reality he is in charge of the SMUD meter shop.  He will do whatever SMUD tells him to do which in the past included deceiving people (orally and with print documents) so be alert!

Identify yourself and get the name and operator ID# of the person you are speaking with.  Be firm and formal (never beg).

Request to have your “True Analog Electro-Mechanical Meter” restored to your property.

Ask SMUD does your selected Analog Meter meet these requirements? Get a clear Yes or No

If they cannot be absolutely clear demand to receive a brochure by US Mail of the exact make and model of the selected meter. Period.

III.        If they ask you if you want to Opt-Out do not fall into that contractual trap.   Here is the suggested language:

“As a private person I never Opted-in nor was given a choice to by SMUD to do so.  I simply want the True Analog Meter restored to my private property: can you do that for me or do I have to back to my SMUD Board Director?”

SMUD never Fully & Truthfully Informed me about the:

. Violation of my 4th Amendment rights

. Provided me any “Proof of Human Safety” Studies for RF, HFVT, EFT or DE for the SMUD Smart/Digital Meter.”

I simply want a “True Analog Electro-Mechanical Meter” Restored to my private property.  “I want it this week. When can you do it?”

Get an install date & time. Demand that SMUD come only when you are home so you can inspect the meter for final personal approval before installation: Period.

Warn them that if they attempt to or actually deceive you into accepting anything less than the Analog Meter as described above SMUD will be committing Fraud.

Moriarty will try to sell you on the so-called “Non-Communicating Meter” and I strongly advise against it since it has a SMPS and in fact is a Wiretap Surveillance device.  Please contact Eric Windheim at e[dot]windheim[at]Comcast[dot]net to let him know how your ‘opt out’ attempt went.

Eric says: “I am here to help if you keep good records!”

24 Responses to Sacramento Smart Meter Awareness Finally Wins the Official Right to an Analog (After much Blood, Sweat, and Tears)