Dirty Electricity from ‘Smart’ Meters: Answers from the Experts 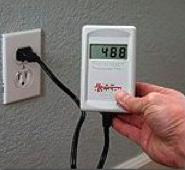 Last week, after we solicited opinions from readers on the following question:

Others were wondering how the switch mode power supplies (SMPS- that convert AC to DC within the meters) could cause so much more dirty electricity than those contained in other electronics.

We received the following, intriguing answer from Hugh Hinskens, a Canadian  Electronics Engineering Technologist with a B.Sc. in physics and a background in microwave circuit engineering.  According to experts, the switch mode power supply (SMPS) contained in millions of ‘smart’ meters (but not their analog predecessors) has essentially ‘polluted’ the electricity coming into our homes with high frequency transients.  Which means at the end of the day, there is no “opt out” when the “smart grid” is being deployed in your area.  Even with no RF microwave wireless antennas, a “smart” grid of SMPS-equipped meters can still threaten your health.

“Why more so than other electronic devices?”, we asked…

It’s not that each individual power supply is more powerful, but rather because every smart meter is of exactly the same design and construction, each SMPS is emitting the same spectrum of harmonics, which are all in phase with the 60 Hz of the power grid and therefore in phase with each other. For consumer electronics, including desk top computers, which have SMPS’s that are higher power, the variety of manufacturers, designs and components in their construction prevents the constructive interference (due to phase coherence) of identical harmonics which manifests with the identical smart meters.

Also, consumer electronics are plugged into a single branch of a house’s wiring system, so the distance to other branches is longer, allowing more dissipation of the energy from the single branch before it reaches the other branches in the same house, or back into the main grid. The meter is at the root of the branches in the house, so each branch acts like a separate antenna for the harmonics, causing a more well distributed field throughout the house. And because the meter is right where the grid is connected to the house, it’s closer to its peers on other houses, allowing a shorter path for the coherent pulses to combine with other meters’ pulses. 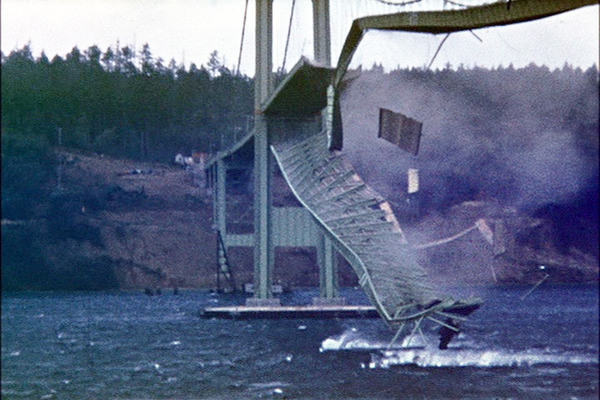 The total energy of the harmonics from the consumer electronics is likely higher, but an analogy would be that their emitted harmonics are like a dim light bulb that’s on virtually all the time with frequencies spread out more homogeneously, while the smart meter harmonics go from low energy to high peaks at particular discrete frequencies like a bright strobe light. I would think that this coherent pulsing is the cause of the greater negative effects attributed to smart meters. The wiring of every house in a neighborhood is an antenna system transmitting these pulses throughout the neighborhood. The Tacoma Narrows bridge disaster is an example of constructive interference in a harmonic system of mechanical energy resulting in a combined energy that caused total destruction, a possibility which escaped the engineers because they only analyzed individual harmonics occurring in isolation. The harmonic emissions of smart meters were not likely analyzed in a real world scenario with thousands operating at once.

There is another possibility that smart meters just happen to produce a harmonic spectrum that is particularly aggravating to the human nervous system because the frequencies exhibit a particular resonance with it. It’s an extremely complicated topic, because humans are extremely complicated “devices” and radio frequency emission is a complicated topic in itself. Trying to predict the interaction of the two is only more difficult. Without extensive testing, the above is all an educated guess. Field strengths from radio frequency emissions get more difficult to predict as the variables of antenna geometry, number of antennas, transmitters, and reflective surfaces increase.

Hugh is on the board of Stop Smart Meters! Canada

32 Responses to Dirty Electricity from ‘Smart’ Meters: Answers from the Experts