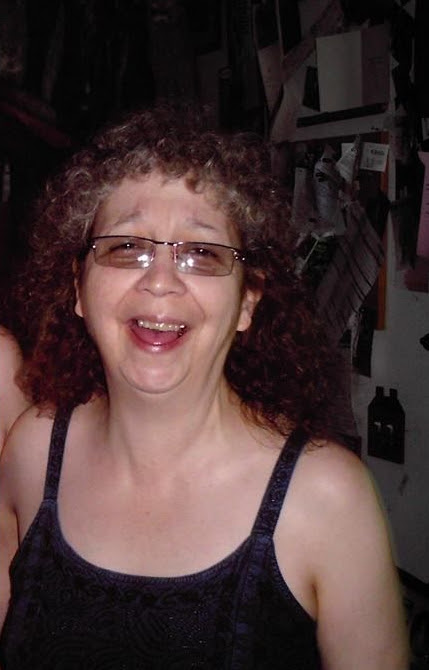 Jaime Chimner of Cheboygan, MI was injured in a chemical accident, leaving her severely electrosensitive and even more vulnerable to smart meter radiation

“I won’t put a death sentence on myself,
so we have said no to the digital meter.”
–Jaime Chimner–

CHEBOYGAN, MICHIGAN– A woman with severe electrosensitivity who requires a breathing machine has been disconnected from the electric grid after swapping out the unsanctioned smart digital meter on her home and having a safer electro-mechanical analog meter installed, per her physician’s recommendations.

Jaime and Joe Chimner are currently living without electricity though they have paid their bill in full.  The utility, “Consumers Energy,” is taking the position that every customer must have a new digital smart meter, with our without the consent of the resident.

Following removal of the digital meter from the home, Jaime’s doctors considered her improvement “amazing.” They have documented the changes in her health, and have written letters stating that the digital meter is the only cause they can find for the symptoms she experienced. One doctor wrote a prescription for an analog meter.

Last Thursday evening, Jaime and her husband met with Dennis McKee, Consumers Energy’s slick spokesman. He told her that he was going to have her power shut off, despite the terrible health effects suffered, and despite the fact that once the meter was removed, the  health effects disappeared. When Jaime asked to speak to someone higher up, McKee said “I have personally made the decision that you will be shut off if you do not accept the digital meter. There is nowhere else to go.”

Jaime says, “I won’t put a death sentence on myself, so we have said no to the digital meter.”

As readers of this site know, this position is untenable and unlawful, and those living in Michigan and around the world are being asked to refuse cooperation or consent to the smart grid, a system of utility exploitation, particularly serious for those injured or disabled by EMF radiation.  Michigan’s Smart Meter Education Network (SMEN) is just one of the many groups working with the media to try and shed light on these violations, and to organize local resistance to defend those harmed by utility equipment, or unfairly deprived of essential public services.

“Jaime requires a breathing machine! Her health has been devastated by the meter. This is inhumanity at its worst! How someone, in this case Dennis McKee, could sit across from someone, look them in the eye, and tell her he does not care about her life is beyond comprehension.These utility companies and their agents are focused on one thing only—power and money. They are like the Nazis who considered the disabled of no account, and sent them to the gas chambers. Jaime has been living in hell, and it was slowly killing her. Rather than do the right thing, the utility company decides to assert its power and its will.”

It is critical that these abuses are not tolerated by other Consumers Energy customers, Michiganders, or any sane and moral human being.  Those in Michigan are being asked to  organize and support legislation that would outlaw such utility abuse.  More information on SMEN’s legislative advocacy program here. Or you can e-mail direct for information: smartmetereducationnetwork[at]gmail.com

We will shortly be posting a way for people to help support the Chimners through these horrific abuses. Stay tuned. 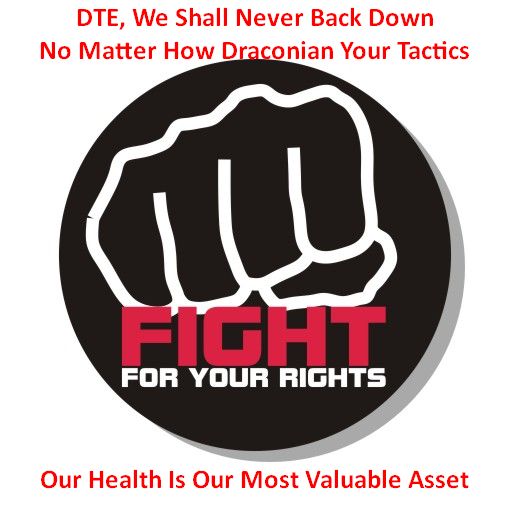 Update 9/18: We’ve been hearing of many more disconnects in Michigan, including at the home of a 92 year old blind woman. More details to come. Now is the time to speak out and act.  Do not be silent. Remember, we the public are the 99% and the utility bosses making these decisions are the 1%.  Who really has the power? If they so easily cut off paying customers, maybe they don’t want our business after all?

Update 9/21: Thanks to an anonymous whistleblower, we know that DTE is aware of exploding meters, and actively investigating the issue, according to the document below. Somehow they still see fit to disconnect a blind 92 year old woman, even though the new meters are implicated in serious safety problems. 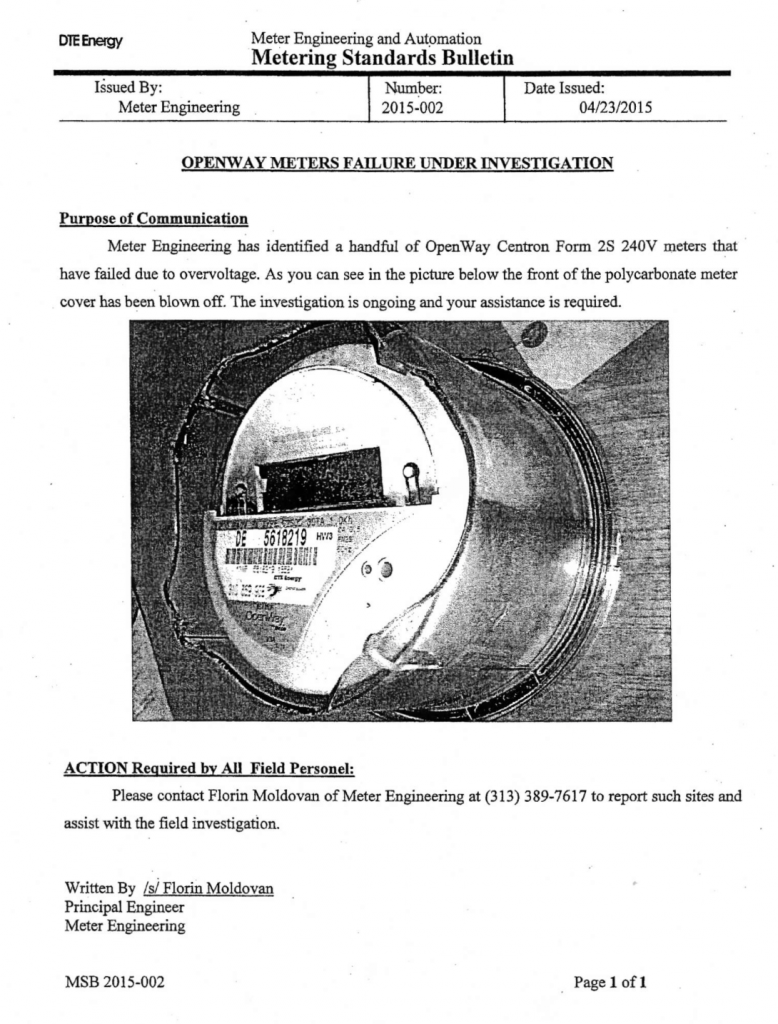 Update 9/25: A bill (House Bill 4916) has been introduced by Rep. Glenn of the Michigan Legislature that would ensure that Michigan residents have a choice of analog meter, and prohibit most “opt out” fees.  More info on Michigan.