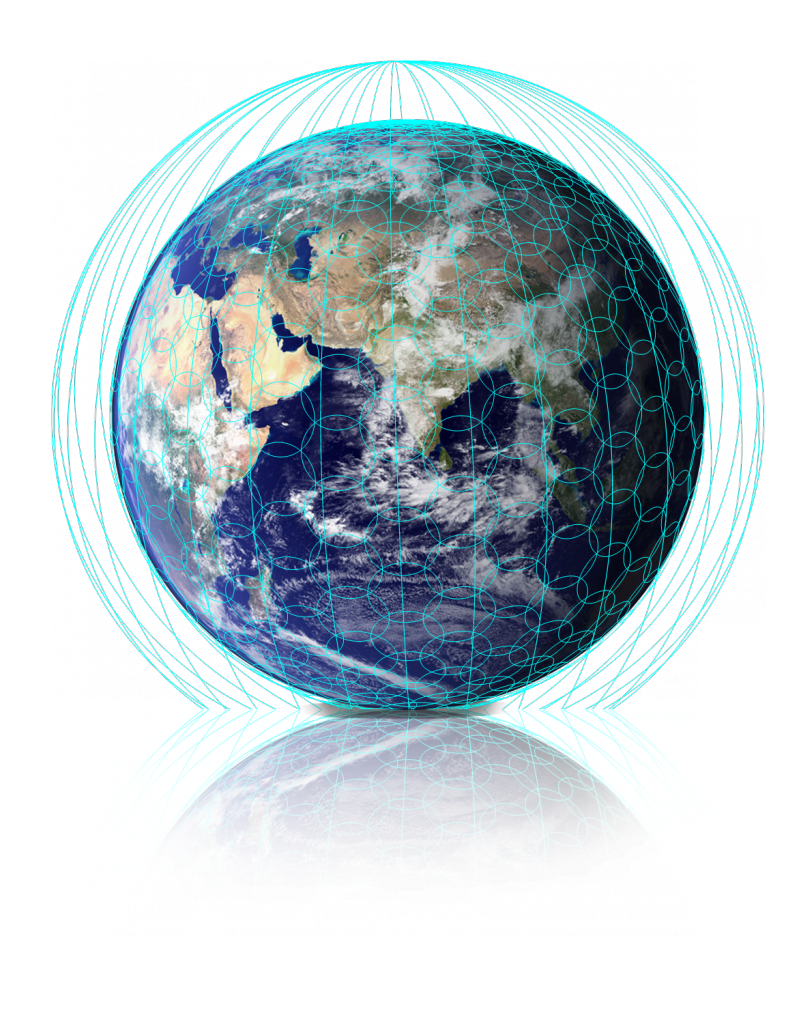 Five companies are gearing up to provide high-speed global WiFi coverage from space within the next three to four years. This would be an ecological and public health nightmare, according to a recently-formed international coalition: the Global Union Against Radiation Deployment from Space (GUARDS).

The New York Times (May 14, 1991, p. 4) quoted Aleksandr Dunayev of the Russian Space Agency saying “About 300 launches of the space shuttle each year would be a catastrophe and the ozone layer would be completely destroyed.”

At that time, the world averaged only 12 rocket launches per year. Maintaining a fleet of (ultimately) 4,000 satellites, each with an expected lifespan of five years, will likely involve enough yearly rocket launches to be an environmental catastrophe.

GUARDS’ second area of concern is WiFi itself. Although widely perceived as an unqualified good, WiFi operates using extremely rapid pulses of microwave radiation—the same radiation used in microwave ovens. And a parade of studies continue to be published and ignored implicating wireless technology in the die-off of forests, the demise of frogs, bats, and honey bees, the threatened extinction of the house sparrow, and damage to the DNA of the human species. It is vital to the continuation of life that large parts of the earth be spared from the incessant radiation that accompanies wireless technologies.

“The human body”, says Dr Gerard J. Hyland, of the University of Warwick, UK, “is an electrochemical instrument of exquisite sensitivity”, noting that, like a radio, it can be interfered with by incoming radiation. If a signal can operate a mechanical device, it can disturb every cell in the human body.

On February 7, 2014, the U.S. Department of Interior stated that “the electromagnetic radiation standards used by the Federal Communications Commission (FCC) continue to be based on thermal heating, a criterion now nearly 30 years out of date and inapplicable today” in reference to guidelines governing WiFi radiation frequencies.

In 2011 the World Health Organization classified radiation emitted by cell phones, and other wireless commercial infrastructure such as WiFi and smart meters as a Class 2B possible human carcinogen, along with lead, engine exhaust, and DDT. Yet, the global WiFi projects would make this exposure ubiquitous and inescapable.

A recent letter sent by 88 organizations, representing over a million people, to the European Economic and Social Committee outlines how governments are betraying the public trust by ignoring the hazards of radio frequency/microwave (RF/MW) radiation.

Studies show wireless radiation can adversely affect fetal brain development, in addition to causing double-stranded DNA breaks and causing a wide spectrum of illnesses. GUARDS believes that continuing and expanding involuntary exposure of the public to this known toxin violates the Nuremberg Code of Human Rights for non-consensual experimentation.

GUARDS is an international coalition of diverse groups that have joined together in order to stop the implementation of global WiFi from space, which threatens all life on earth.

The 1500-page BioInitiative Report on RF/MW health effects was published in 2012. The authors are 29 scientists from ten countries.  They reviewed thousands of studies showing interference with chemical processes in the body, implicating RF/MW in a whole spectrum of alarming effects including genetic damage, cancer, immune dysfunction, neurological injury, and infertility. The report can be found at <www.bioinitiative.org>.

The Letter of Notice sent in February 2015 to the European Economic and Social Committee by 88 organizations regarding the betrayal of public trust in ignoring the effects of RF/MW radiation can be found at http://www.radiationresearch.org/images/rrt_articles/EM-Radiation-Research-Trust-Letter-of-Notice-Served-on-Mr-Richard-Adams.pdf
The International Agency for Research on Cancer (IARC), a committee of the World Health Organization, has classified RF radiation, including that emitted by wireless technology, as a class 2B carcinogen. <http://www.iarc.fr/en/media-centre/pr/2011/pdfs/pr208_E.pdf>.

Department of Interior: “the electromagnetic radiation standards used by the Federal Communications Commission (FCC) continue to be based on thermal heating, a criterion now nearly 30 years out of date and inapplicable today.” (http://www.ntia.doc.gov/files/ntia/us_doi_comments.pdf)

An October 31, 2014 presentation to the Manitoba Entomological Society, reviewing 91 studies on the effects of RF/MW radiation on honey bees, insects, birds, etc.

On ozone depletion and climate change from rocket exhaust: (http://www.eucass-proceedings.eu/articles/eucass/pdf/2013/01/eucass4p657.pdf).

1 Response to Global Union Against Radiation Deployment from Space