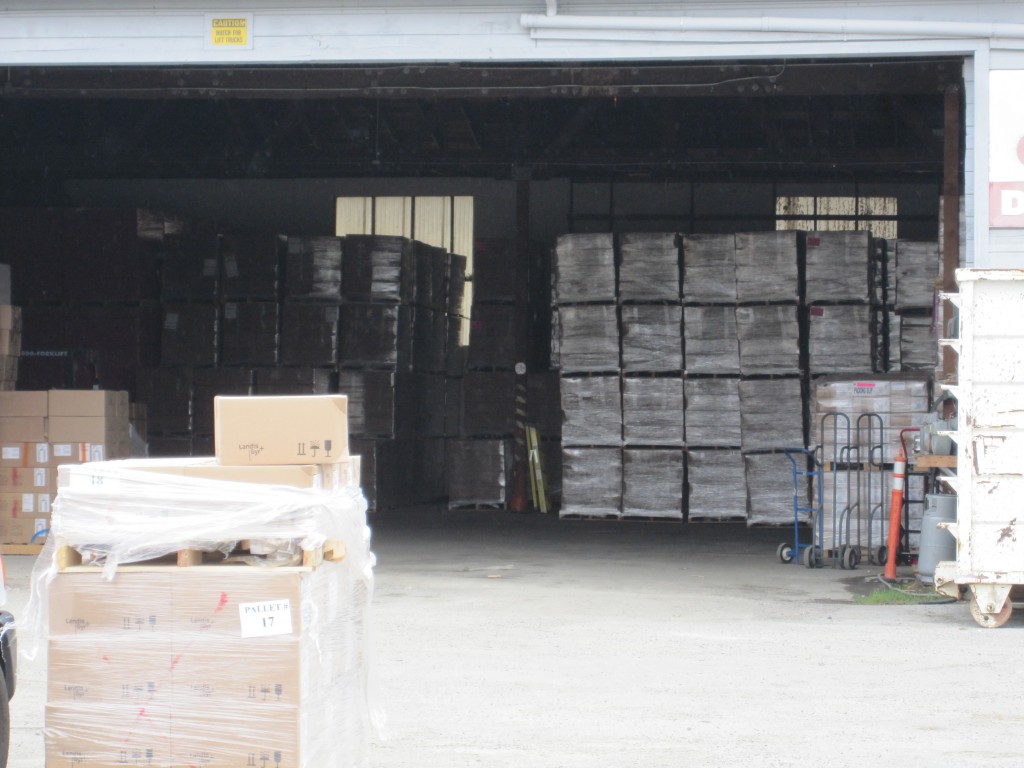 What else are they going to do with all those stacks of DumbMeters they've bought? PG&E's "opt-out" option released yesterday is nothing more than a trojan horse to get you to accept a new meter on your home. Don't buy what they're selling.

So yesterday, after more than 100 outraged members of the public packed the CPUC meeting in San Francisco- a perfect storm of outrage against PG&E over San Bruno, Diablo Canyon, new rate hikes, and especially the ‘smart’ meter debacle- the company had an opportunity to redeem itself and propose real solutions that would put health and safety first.

PG&E’s plan would require that everyone in CA receive a ‘smart’ meter on their home.  Yes that’s right.   It’s an opt out program that requires mandatory ‘smart’ meter installation.  This thing is getting more Orwellian by the minute.   PG&E says: “Just trust us to turn off your radio transmitter while still being subject to all your neighbors who didn’t want to shell out hundreds of dollars to get their switched off too.”  More false solutions, more doublethink, and more fees charged to the ratepayer.

So, let’s get this straight.   The utilities go to the PUC several years ago, seeking a massive rate increase to pay for their ‘smart’ meter program.  An appointed, beholden PUC rubber stamps their request, raising $2.2 billion from its customers without even asking them (or so much as notifying them.)  PG&E rates skyrocket to some of the highest in the country, but they insist that we will save money on our utility bills.   Then when thousands of customers complain that (not only are their bills higher than ever) and they are getting sick from the strong microwaves, they tell us we have to pay even more to have the privilege of slightly lower electro-pollution in our homes.   We’re not the best at math, but something just doesn’t add up here.

Increasing evidence indicates that there are more health problems associated with the beleaguered ‘smart’ meter than just the rf antenna.   Researchers looking at the remote switching mechanism are suggesting that it may be responsible for many of the reported health impacts, especially tinnitus and other auditory impacts.  Rob States, an electrical engineer who has been studying this, says:

“Since individuals with no history of RF disease are experiencing symptoms the first day the meter is installed, we can assume the meter’s RF emissions are not the only problem.  The RF network is activated months after initial meter installation.  Extensive measurements have demonstrated that all of the meters measured so far, including ABB, GE, and Landis Gyr, emit noise on the customer’s electric wiring in the form of high frequency voltage spikes, typically with an amplitude of 2 volts, but a frequency any ware from 4,000 Hertz, up to 60,000 Hz.  The actual frequency of the phenomena is influenced by the devices that are plugged into the customer’s power.  Some houses are much worse than others, and this observation has been confirmed by PG&E installers that have talked to us.”

What is happening scientifically is beyond most of our understanding- yet there are experts who are beginning to realize what is causing so many reports of headaches and other health impacts from the meters.   We need:

1) Independent hearings at the state level on what’s wrong with the ‘smart’ meter program so that these experts can contribute their knowledge to keep us safe.

3) the right to keep your analog meter, and the right to have it replaced if you have had a ‘smart’ meter installed

5) and finally …..duh……immediate order to decommission Diablo Canyon and all reactors built on fault lines.

The CPUC needs to respond to this crisis in a meaningful way, and if they don’t- perhaps mass civil disobedience is just what the doctor ordered.