Protest at PG&E HQ This Friday

San Francisco- Environmental health advocates and other alarmed members of the public will gather at Pacific Gas and Electric Company headquarters in San Francisco on Friday May 20th at 11:30am to demand that the ill-fated wireless “smart” meter program be halted and investigations launched into why thousands of people have reported illnesses after the meters are installed.  Their demands for caution will undoubtedly be strengthened this week by the release of a report from the influential Council of Europe, representing 47 member states throughout the EU.  The report urges that wireless technology be “banned from classrooms” and safety labeling be required on all wireless devices.  The Council received expert testimony on the health effects of wireless technology before adopting the recommendations.

In California, one need not look further than the thousands of reported health impacts from wireless smart meters to determine that we have a major problem with wireless technology.  According to Joshua Hart, Director of Stop Smart Meters!, a grassroots group formed last year to fight the health damaging meters, “This program was launched with virtually no prior testing on the human health effects of powerful pulsed radiation into people’s living areas.  Now that thousands of Californians are reporting strikingly similar symptoms, including headaches, nausea, heart palpitations and tinnitus, the utilities along with state and federal governments are refusing to act in the public interest, insisting that ‘it must be all in their heads.’ On the contrary, PG&E executives and state regulators need their heads examined if they think the public is going to accept this reckless endangerment for very long.”

Despite inaction and denial at the state and federal level, cities and counties throughout California have joined the grassroots revolt in growing numbers.  Forty-two local governments have now demanded a halt to the ‘smart’ meter program, primarily because of reported health damage and fears over long term, cumulative exposure.

Protesters are declaring a “smart” meter public health emergency and demanding that PG&E and utility regulators face the reality that millions of smart meters installed on homes and business throughout the state are responsible for widely reported health damage from the powerful bursts of microwave radiation from the meters approximately once every four seconds, 24 hours a day.  While PG&E claims that emissions from the meters are only “one thousandth” the level of radiation of a cell phone, independent measurements reveal radiation spikes that are far more powerful than any commonly used household wireless devices- potentially more than 100x the level of cell phone exposure.  Some studies have found that the meters even violate lax standards set by the FCC for safe human exposure to microwave radiation.

The public, news outlets and local governments throughout California have widely condemned PG&E’s “opt out” program as a cop out, a Trojan horse to force smart meters onto unwilling households, and a chance to increase electric and gas rates even more than they already have (PG&E customers are already paying hundreds of extra dollars for the new meters, as well as disposal of the old perfectly functional analog meters, though they were never consulted in advance.)

“Any opt out program is not sufficient in itself to protect human health from this unprecedented radiation exposure being forced on the public,” said Hart.  “Governor Brown must issue an executive order disabling the wireless transmissions from the meters statewide, halting any further installations and reaffirming the right for individuals to retain analog meters or have them replaced if they are sickened in their own homes.  We are not going away until this situation is resolved.” 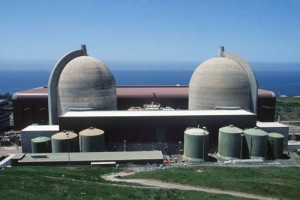 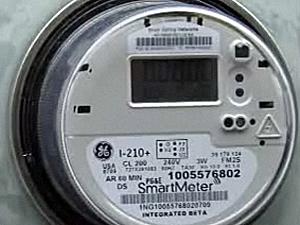 This entry was posted in Citizen rebellion, PG&E, San Francisco. Bookmark the permalink.

1 Response to Protest at PG&E HQ This Friday