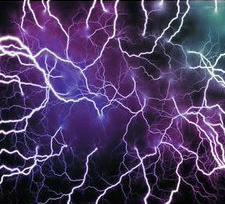 Biologists know that many animals have acute sensitivities to electrical fields, and that this sensitivity often provides critical information about the world for these organisms. Now research has identified a mechanism. A new study states: “Electroreception is an ancient subdivision of the lateral line sensory system, found in all major vertebrate groups.” That includes humans!

Here’s a summary of the evolutionary route by which this sense made its way from early fish to land vertebrates. Louis Slesin of Microwave News proposes: “A possible implication is that some of us, like sharks and rays, may be able to detect very weak electric fields and perhaps a subset has an electroreceptive system that has gone awry.” (Short Takes on right.)

The New York Times published an opinion piece (too controversial for regular news?) which blithely says: “If we had the electrical sensitivity of that ancient aquatic ancestor or the paddlefish, we would find the world we live in now, which roars with electrical current, deeply inhospitable.”

Well, “deeply inhospitable” just about perfectly describes the experience of many electrically sensitive people. “Smart” meter installations have meant that sensitive individuals who have managed this issue by at least having a home and a neighborhood that was safe, now have nowhere to turn, no safe refuge.

The time has come to start to reckon with such sensitivity and the way the heedless ever-increasing saturation of our environment with electrical fields of various sorts affects those people who can feel it now–and those people who don’t feel it consciously, yet.