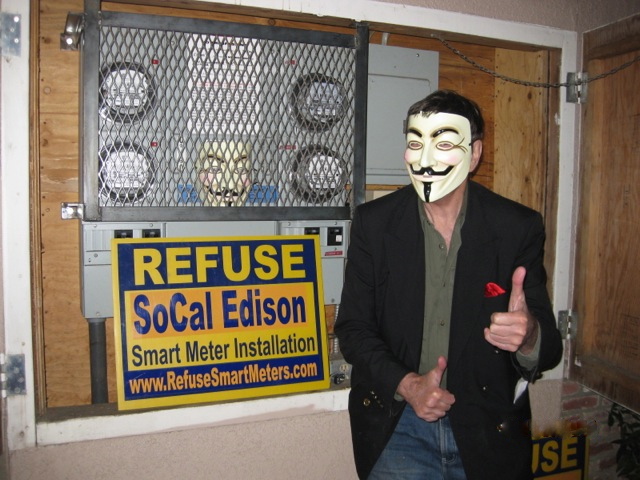 Anonymous patriot gives thumbs up as the dangerous, “bio-hazard” smart meters are pulled down on 11/11/11 at 11AM from Southern California units.

Industry tested and time proven “safe” analog meters were reinstalled to protect the residents from further harm.  Anonymous builds steel cages to prevent vandalism and keep intruders and thieves (such as the utility and their hired hacks) out.

Refuse and remove ‘smart’ meters and “OCCUPY” your homes to defend your health, safety and privacy!