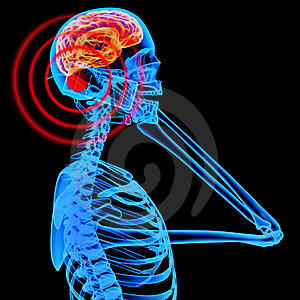 In Part I, I gave some snapshots of the cell phone science that The New York Times media reporter Felicity Barringer believes only exists in the minds of Luddites and the paranoid among us.

Here are some other recent events that should convince even the hardened skeptic that cell phones are a problem:

* In 2000, the German company T-Mobil commissioned an 86-page report, “Mobile Telcommunications and Health: A Review of the Current Scientific Research in View of Precautionary Health Protection,” that surveyed the literature and acknowledged negative health consequences of cell phone radiation.

* In April 2009, the European Union passed a resolution stipulating that wireless transmitters should be kept away from schools, retirement homes and health care institutions and calling for awareness-raising campaigns to familiarize young Europeans with the health risks associated with wireless devices.

* In September 2010, epidemiologist Devra Davis reported that cell phone companies had been denied reinsurance for health-related claims after the Austrian government commissioned studies that found 200 to 400 percent increases in abnormalities of cell phone-exposed blood and showed that people’s test scores dropped after being exposed to 2G and 3G cell phone radiation.

* In the last five years, public campaigns in the UK resulted in 15 percent of people getting landlines who had previously been wireless- only households.  Israel warned its citizens not to abandon their landlines, and researchers at the Indian Institute of Technology warned people not to use their cell phones more than six minutes per day because the brain has a “high risk of getting affected by radiation.”

The U.S. government officially has studied electromagnetic radiation at the lower power line frequencies and the armed forces have conducted classified studies on microwave and other radiofrequency radiation for decades. But official study of these frequencies has stalled in the US:

* In 1990, the EPA proposed classifying EMFs from power lines and household appliances as a Class B  carcinogen as it had done with formaldehyde, DDTs, dioxin and PCB’s but the effort was rebuffed politically.

* Shortly thereafter, our federal government stopped funding bioelectromagnetics research, but by 1999,  authorized a study of cell phone radiation and other radiofrequency radiation (through the National Institute of Environmental Health Science’s National Toxicology Program) that only got started this year – 11 years after it was commissioned.

* The National Toxicology Program recently announced that the study, which had been commissioned because the Radiofrequency Interagency Working Group (a federal interagency working group including the FDA, FCC, OSHA the EPA and others) stated that existing safety limits for pulsed radiofrequency radiation were “not protective of public health,” could not be expected before 2014. 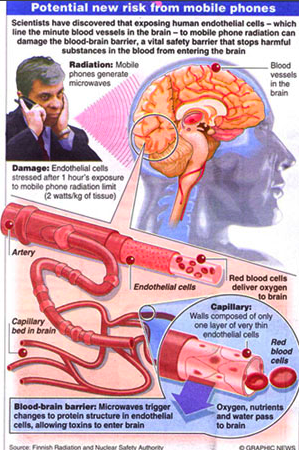 While the U.S. has dragged its feet, governments around the world have issued advisories on cell phones or other wireless technologies, while the FCC website claims the FCC relies on the FDA for information on the health effects of radiological devices, but the FDA doesn’t study them and gave the cell phone a free pass onto the market.  Also filling the void of the U.S. federal government are municipal and state governments and independent scientists. In July 2008, Dr. Ronald Herberman of the University of Pittsburgh Cancer Center wrote a memo to staff there advising restricted use of cell phones. In June 2010, the city of San Francisco passed legislation requiring point of sale radiation disclosure of cell phones (since put under injunction by the legal maneuvering of cell phone industry lobbyists), and similar legislation is pending in the state of Pennsylvania and Maine.

Two state governments have issued cautionary statements on other forms of electromagnetic radiation:

* The California Department of Health Services released a report in 2002 that found that added risk of miscarriage, childhood leukemia, brain cancer and greater incidence of suicide was associated with exposure to electric and magnetic fields such as those that radiate from power lines and electrical appliances. Investigators found an “increased lifetime risk of childhood leukemia, adult brain cancer, and amyotrophic lateral sclerosis (known as ALS or Lou Gehrig’s Disease).”

Besides the National Toxicology Program, which will exist 15 years before its first study is done, the President’s Cancer Panel, which was appointed by George Bush, weighed in on the problem of electromagnetic radiation and proliferating devices saying, “. . . the true burden of environmentally induced cancers has been grossly underestimated,” and “It is vitally important to recognize that children are far more susceptible to damage from environmental carcinogens” and “. . . the most urgent issue that we need to address . . . is whether children or adolescents using cell phones (and other wireless devices) are at increased risk.”

* By 2011, the the NIH found that talking on a cell phone for 50 minutes resulted in rapid glucose uptake in an area of the brain linked with judgment and impulse control.  (The NIH was 10 years later than the Europeans to the cell phone-health effects-study party and almost 2 decades behind U.S. industry studies that have found links to tumors and DNA breakage from cell phones).  Later in the year, the Council of Europe (CoE) stated that immediate action was required to protect children from wireless networks and cell phones, and the World Health Organization (WHO) categorized the radiofrequency radiation coming from wireless devices and transmitters as a class 2b carcinogen, putting wireless emissions in the same category as diesel exhaust and DDT.

With public awareness of the scientific evidence of harm mounting, the only way that wireless companies can continue doing business as usual is to obscure the truth by denying independent science, cherry-picking the data and designing their own studies that omit key variables.   The industry has correctly calculated that people will not notice that over 70% of independent studies show problems with wireless technologies while only 25% of industry studies do, and that the public will rely on what passes for journalism these days– a “he-said”, “she said” media that reports industry pronouncements verbatim as if they are equally valid to those of independent scientists, or indeed, even remotely truthful.

The rise and domination of wireless gadgets is only possible through a whole separate cottage industry of misinformation coupled with the public’s increasing technological addiction– an addiction that can best be summed up by ‘Morpheus’ of the Matrix movies, “You have to understand that many of them are not ready to be unplugged and many of them are so inured, so hopelessly dependent on the system, that they will fight to protect it.”

Deborah Kopald (BA, Harvard; MBA, MIT Sloan School of Management) is an environmental health and public policy advocate who has authored numerous articles and a forthcoming book about electromagnetic pollution.  She developed and oversaw the promotion of successful legislative initiatives at the local, and county and state levels in New York State, has addressed 35 offices of Congress, has appeared as an expert guest on television and radio programs, and has been an invited speaker at SUNY campuses, Rotary Clubs, parents groups, two county legislatures, the NY State Senate, the Association of Towns and various municipal governments.  She received an award from Orange Environment in October, 2011 for her public education efforts and advocacy of transmitter-free zones.

This entry was posted in Uncategorized. Bookmark the permalink.