PG&E Fined $390,000 for Espionage Carried Out Against Anti-Smart Meter Groups

From EMF Safety Network:  Yesterday the California Public Utilities Commission (CPUC) approved a settlement in its investigation into Pacific Gas and Electric Company (PG&E) for spying on anti-Smart Meter groups.  PG&E will be required to pay $390,000 to the state’s General Fund.

This infiltration by PG&E was part of an on-going surveillance program conducted by PG&E and Edelman, a public relations firm PG&E hired in January of 2010 in response to escalating Smart Meter complaints and problems.

As part of this program, the director of the PG&E Smart Meter program, William “Ralph” Devereaux, other PG&E employees and third parties spied on anti-smart meter groups (including ours) with the knowledge of senior PG&E staff.  PG&E employees and senior management exchanged emails insulting and demeaning the members of the anti-SmartMeter groups.  For example, these PG&E customers were referred to “insurgents.”

PG&E coordinated moving an entire Smart Meter deployment yard to derail a non-violent protest and sent an employee to surreptitiously observe and report on the reactions of the protestors, who also transmitted pictures of them to PG&E.  This “spy” expressed his pleasure in observing and taking photos of anti-SmartMeter activists. 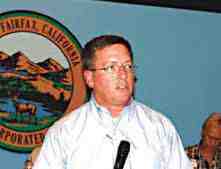 Devereux resigned from PG&E in November 2010, after he was caught trying to infiltrate an EMF Safety Network discussion list using the false alias, “Ralph”.  He wrote to Sandi Maurer, moderator of the list, “I live in Oakland where Smart meters have been sweeping across town and wanted to learn more about them and join the conversation to see what I can do to help out here.  Thanks, Ralph”

Maurer’s email program revealed his true identity as William Devereaux. She responded, “Aren’t you the head of the Smart Meter program at PG&E? We’d love your help!…”

CPUC Commissioner Mike Florio said ,“We will not tolerate consumer abuses in any shape or form. We expect our utilities to treat their customers with respect and compassion and engage with their customers in a transparent, ethical, and productive manner.”

SSM: That’s a nice soundbite Mr. Florio, but the reality is that the corrupt and owned CPUC turns a blind eye to most abuse carried out by the utilities against their customers.   PG&E’s indiscretions were so egregious that the agency was forced to act, or totally lose credibility in the public eye.  The eventual settlement is a means to sweep  details of the extent of the espionage under the rug, and cover up exactly how high in the chain of command these violations went, in addition to covering up CPUC involvement in the spying.  The 390K fine is a minor slap on the wrist for PG&E, and we, along with the other groups who were spied upon, oppose it as an insufficient penalty.

Legal filings in this case: CPUC Investigation of PG&E for Spying I.12-04-010