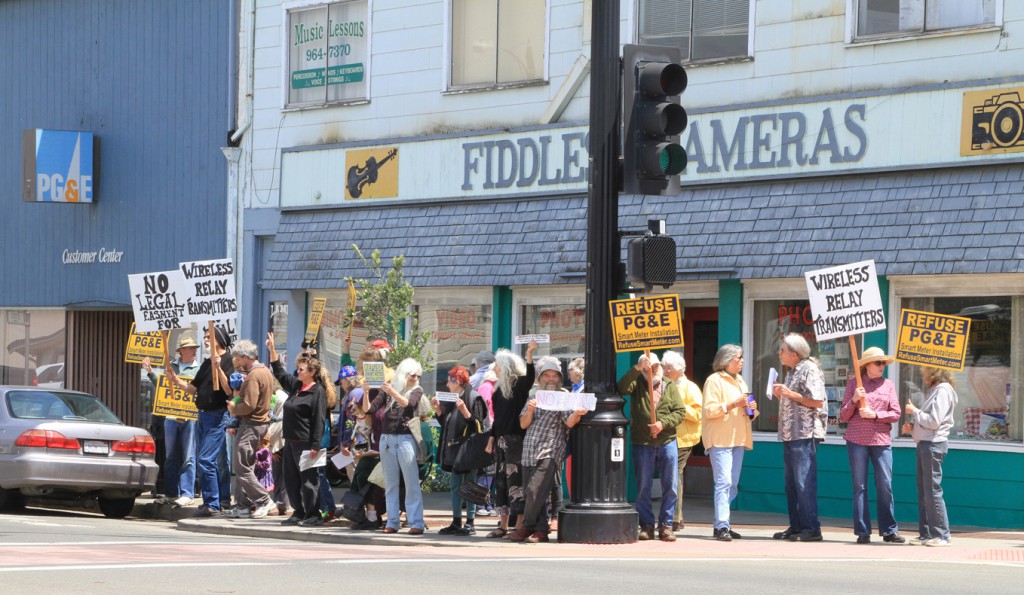 The tide is rising against forced ‘smart’ meter deployments all around North America, and beyond.   Report from Mendocino County, CA: “We had a great rally at the Fort Bragg PG&E office Friday, August 5. At least 50 people showed up. The response from passers-by was generally quite positive, and a number of handouts were distributed. PG&E office personnel came out and took our picture, no doubt word was being sent back to
headquarters.”  Send in your own protest pics and we’ll publish them. 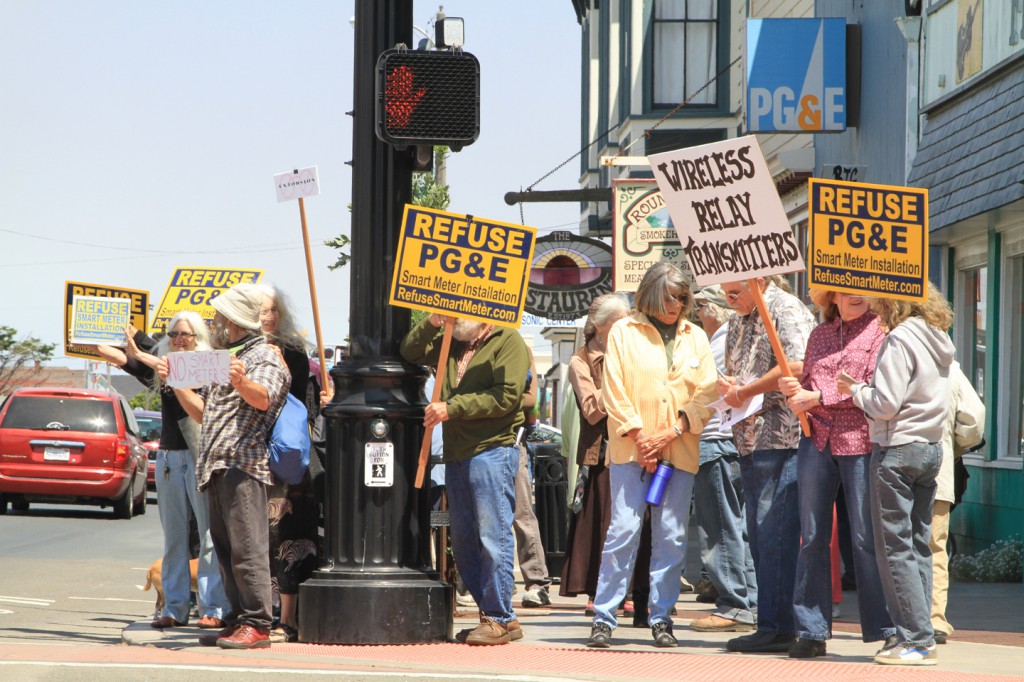 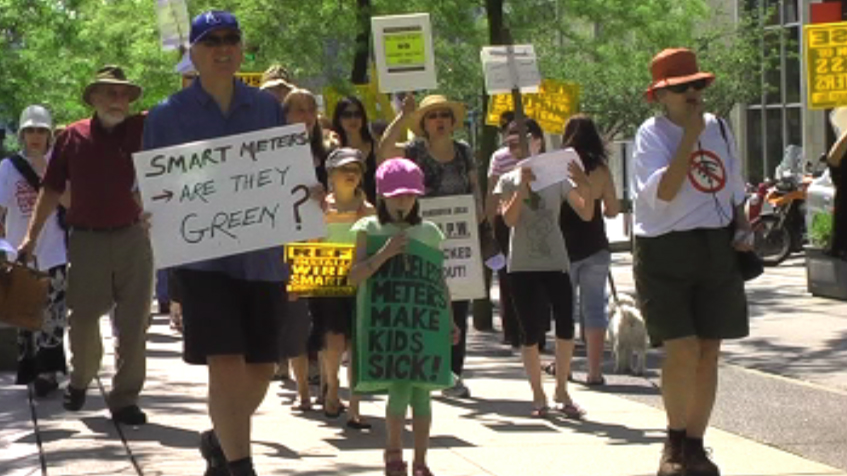 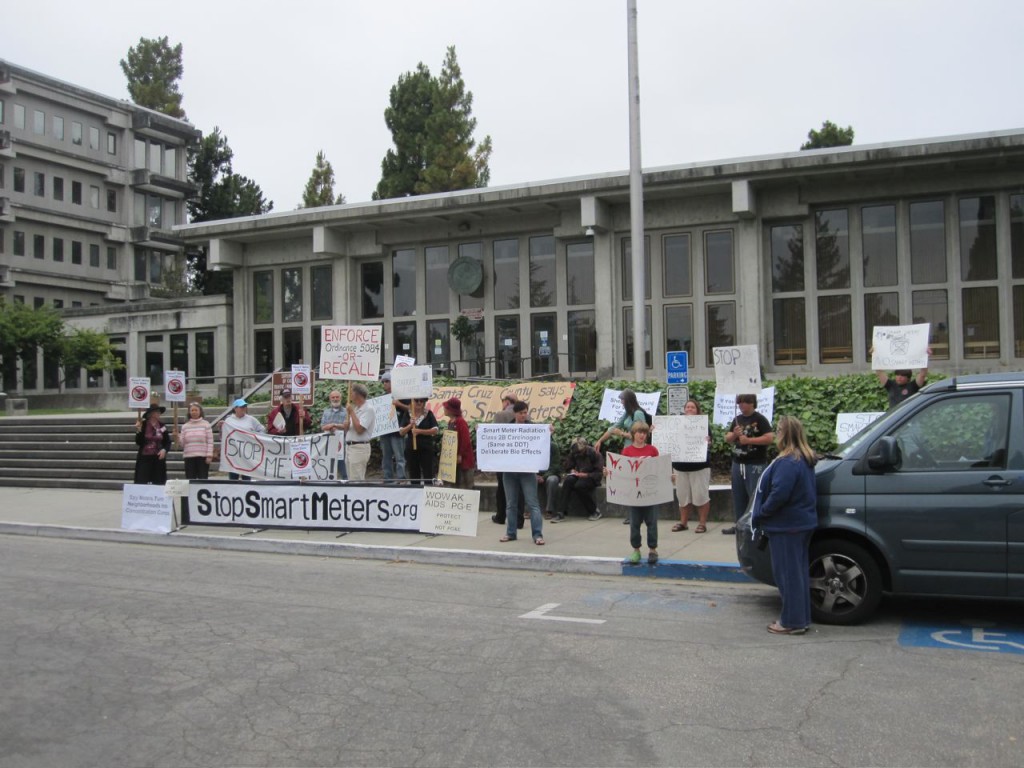 Protest in front of the Santa Cruz County Courthouse on August 5th to launch the recall of Sheriff Wowak, who has been enabling illegal smart meter installations in the County 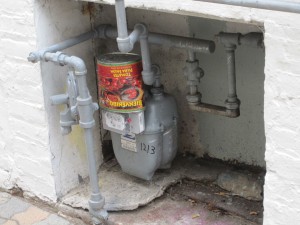 A tin can capping a gas “Smart”Meter in an alley in Santa Cruz, CA.  No thanks utilities.

This entry was posted in Citizen rebellion, Democracy. Bookmark the permalink.