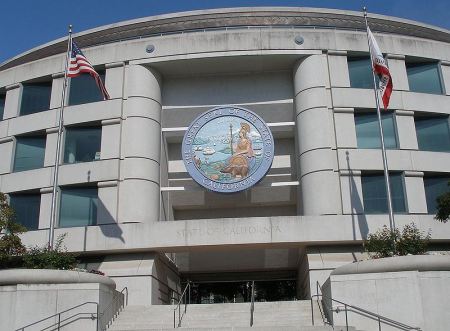 A lot has been said about the ‘opt out’ workshop on Wednesday at the California Public Utilities Commission .  Here are statements from two of those present, shedding additional light on the ways in which the PUC and the utilities are together breaking the law, forcing ‘smart’ meter mesh networks into communities who say no:

“What I can say about the CPUC hearing Sept 14th on smart meter opt-out plans is this.  The initial statement by Carol Brown, (CPUC President) Peevey’s Chief of Staff, is faulty, and should be refuted in the comments back to the Judge –  as a starting point.

The CPUC says that ratepayers should pick up the tab for a failed corporate policy, in opt-out fees.  Is that true any time a utility business plan is fatally flawed?  Badly executed? Do we reward corporate stupidity?  With ratepayer money?

With all due respect to Carol Brown, the CPUC may have authorized smart meters,
but they did not authorize PG&E or any other utility to develop a failed-from-the-start
corporate business plan and defective device.

If the CPUC authorized ‘a concept’, and PG&E implemented it in a dumb way (it is carcinogenic, consumers reject it, it is a security risk, it threatens medical implants, etc) then THE SHAREHOLDERS SHOULD PAY.

The CPUC didn’t authorize a stupid, failed corporate plan.  They authorized PG&E, and the other utilities to figure out and implement a plan that would work.  THIS ONE DOES NOT WORK.

Why reward corporate failure?  THE SHAREHOLDERS SHOULD CARRY THE BURDEN OF THE FAILURE.  They invested with a stupid corporation and didn’t watch for trouble.”

“There are two separate processes at work here:  the enabling legislation that establishes the PUC with its powers, and the decisions that authorize the utilities to use wireless rather than wired technology. The enabling legislation is what set up the PUC in the first place, and gives the PUC the power to “do all things” necessary to regulate the utilities. I can get the citations and law numbers for you if you want them. I don’t have them handy. But the state had already given the PUC the power to make that shift in authorization.

Now, when the PUC interprets its authorization of the utilities as giving the utilities the power to impose the technology on the people, and to claim that installation is mandatory, the PUC is entering the realm of legislation, from which it is barred. Period. That is the force of the Circuit Court decision in Koponen vs. PG&E. When the PUC comflates these two relations, and thinks that it can authorize the utilities to ignore the refusal of this technology by persons in California, it is grossly overstepping its legitimacy and authority,
because it is entering a realm that can only be regulated by legislation.

Franchise agreements  belong to the domain of the relation between the utilities and the people. They are contracts signed between the utilities and the people’s representatives. The legislature can override them by enactment, but the PUC can’t because the PUC is empowered only to regulate within its relation to the utilities. The legislature has not overridden them, and the PUC has committed gross violations of its empowerment in claiming that those contracts do not prevent installation of the technology.

It is the PUC’s overstepping its authority that is the real legal issue here.

That is why the opt-out option issue is such a farce. Opting out contains implicitly an assumption that installation is mandatory, and the option will simply create exceptions to that. But neither PG&E nor the PUC have the power to make installation mandatory, because that belongs to the relation between the utilities and the people, over which the PUC has not authority.”

Ed.  and the governor and legislature is doing what besides sitting on their hands looking the other way?