Santa Cruz Leads the Fight in California, Once Again 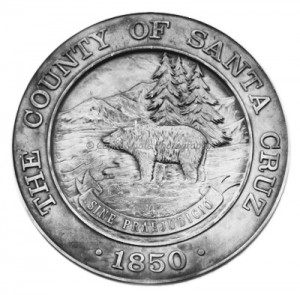 Santa Cruz County, California–birthplace of Stop Smart Meters! and epicenter of a steady stream of both political and direct action in the battle against smart meters–remains on the front lines. The Santa Cruz County Public Health Department here has just issued a landmark report critical of the heedless roll-out of wireless utility meters, [PDF], stating:

“Evidence is accumulating on the results of exposure to RF at non-thermal levels including increased permeability of the blood-brain barrier in the head (Eberhardt, 2008), harmful effects on sperm, double strand breaks in DNA which could lead to cancer genesis (Phillips, 2011), stress gene activation indicating an exposure to a toxin (Blank, 2011), and alterations in brain glucose metabolism (Volkow, 2011).

It was the persistent input from people in Santa Cruz affiliated with SSM! 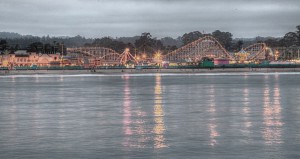 The day after the SC Public Health Dept issued this report, national group the American Academy of Environmental Medicine issued their own statement that smart meter installations should stop. Read this post on EMFSafetyNetwork.org.

Yesterday at their meeting, the Santa Cruz Board of Supervisors extended their moratorium on smart meters. They had originally approved a moratorium in 2010 and extended it last year. Unlike other cities and counties, the Board have said they were willing to enforce this ordinance–though the county sheriff refuses to obey this order, instead choosing PG&E as the higher authority he answers to.

At the meeting, many people spoke clearly about how they had been harmed by smart meters. One man left his home due to health effects, renting it out to others, who themselves then became ill. (Video next week.)

Last month, the Board questioned a PG&E representative persistently about the disconnections of several people who, desperate to recover their health, had had their own smart meters removed. These representatives of the people demonstrate the sort of bravery and good sense that people all over CA and the U.S. wish their own elected officials would show.

Elsewhere in California, Mt. Shasta now have their own moratorium, issuing this declaration earlier this month. This far-sighted town doesn’t have smart meters yet, but they aren’t waiting until their utility is halfway into a deployment–they are saying “opt in” only now.

A decision on the extortionate “opt out” plan is expected at the CA PUC on Feb 1st.  Plan to attend and speak out for an immediate moratorium and no cost community-wide opt outs- 9am 505 Van Ness SF.