We’ve documented how smart meter installations in California are violating Federal Communications Commission regulations, in several ways. Now here is a chance to get this matter some attention

at the California state legislative level: CA Assemblymember Bill Monning (D- Santa Cruz/ Monterey Counties) is considering introducing a bill that would require utilities to follow all FCC regulations, which they are currently ignoring at the public’s expense.

Call Assemblymember Monning’s office TODAY at (916) 319-2027 to make your support for this bill known. Passage of this bill would protect all California residents. The legislation would basically require that PG&E and other state utilities follow FCC regulations, which state:

Many electrically sensitive people know from experience–and research scientists from experiments–that the current FCC limits on radio-frequency radiation are sky-high and do not protect humans and animals from the non-thermal effects of RF microwave radiation.

But we are asking utilities simply to follow rules already in place, which were supposed to provide protection against the intense and unpredictable fields generated by co-location of transmitters; prevent electrical and fire hazards due to barely-trained installers; and protect against the intense fields in the 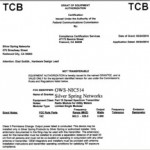 immediate vicinity of a smart meter. These regulations are outlined in these two documents (issued for two models used by PG&E, but similar to those for meters used by other utilities): OWS-NIC507 and OWS-NIC514.

In addition, the transmitter power in a smart meter is supposed to be limited to one watt. The antenna inside the PG&E/ Silver Spring Networks model boosts the output of the transmitter to 2.5 watts, thus creating a fourth violation of FCC regulations. (See page 14 of this CPUC document.)

Assemblymember Monning’s Sacramento Office Number is:  (916) 319-2027. Tell them you support Monning introducing a bill that would require PG&E and other state utilities to follow FCC regulations. If they say they are not planning to introduce this bill by Friday, the legislative deadline, ask if the Assemblymember supports PG&E being required to comply with federal safety standards.  Why would ANYONE be against such a reasonable law?

Who’s going to foot the bill for simply following FCC regulations?  The utility companies and their shareholders of course!  Who else?

Update 3/28/12:  Assemblymember Monning failed to introduce this bill and continues to support the “smart grid” and the extortionate opt out fees, despite clear evidence of harm.

What can you do about extortionate ‘opt out’ fees: