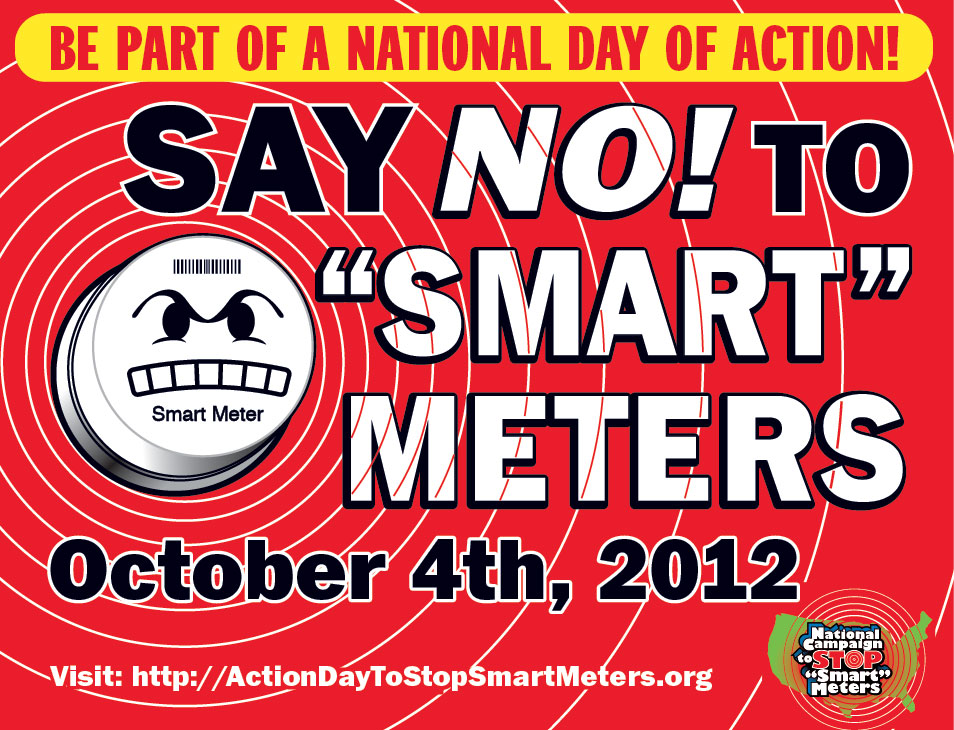 NATIONAL DAY OF ACTION CALLED AGAINST ‘SMART’ METERS AND GRID

WASHINGTON, DC– Citing thousands of instances of ‘smart’ meter fires, health problems, and violations of privacy laws, the National Campaign to Stop Smart Meters and Wireless Radiation Protection Coalition are calling for a National Day of Action on October 4th to demand an immediate moratorium on “smart meter” installations. ‘Smart’ meters are digital devices that monitor utility usage and maintain continuous two-way communication between the customer’s property and the utility company. Utilities are replacing traditional analog meters on homes and businesses all around the country as a supposed energy-saving measure.

Campaign organizers say that these energy savings are failing to materialize, and point to the need for massive new data storage facilities, energy consumption of the meters themselves, and the need for frequent replacement as evidence that “smart” meters are not so “green.” They say smart meter mesh networks are in fact consuming significant energy as part of their routine operation, sending out pulses of microwave radiation day and night, and subjecting residents to health problems, increased risk of fire, rising energy bills, and even power disruption.

“We are calling for a moratorium on the installation of “smart” meters, and for utilities to remove existing “smart” meters already in place on homes and businesses.” says Joshua Hart, spokesperson for the Campaign, “Like any defective product, whether automobile, food or drug, these meters require an immediate product recall.  Analog meters are safe, accurate, and last for 80 or more years. My grandmother used to say, ‘If it ain’t broke, don’t fix it.’ Utilities and governments now need to take responsibility and fix the mess they’ve created.”

Coalition members protesting on October 4threpresent the nationwide groundswell of opposition groups from more than a dozen different states, challenging smart meters in a wide variety of regulatory and legal venues.

“Smart” meters emit strong bursts of microwave radiation that the World Health Organization labeled a Class 2b carcinogen in May of 2011. This is the same category as lead, DDT, and chloroform. The meters are widely reported to be impacting human and environmental health. The American Academy of Environmental Medicine has warned people with a number of medical conditions to avoid them. Thousands of people have reported ringing in the ears, insomnia, headaches, dizziness, nausea, heart irregularities, memory loss, and anxiety after a smart meter was installed on their home. Despite this, utilities in many parts of the country are forcing smart meters onto private property and unlawfully disconnecting people’s essential services for refusing to accept a smart meter.

A series of 26 smart meter fires in Pennsylvania forced PECO to suspend further installations in August, and this has sparked inquiries in Washington, DC, Maryland, and other states. Problems with wiring, lack of UL certification, and unprofessional, shoddy installations have been suspected as causes of these and other fires, which have already caused millions of dollars in damages. Yet installations continue in many areas. Public safety advocates are demanding an immediate moratorium on these unsafe, untested devices.

According to a Congressional Research Service Report [February 2012], the Department of Energy determined smart meters can reveal people’s daily schedules, the use of individual appliances, whether they use certain medical equipment and other personal information. “Smart meters are an invasion of privacy. They are a detailed and warrantless information gathering devices attached to our homes and businesses,” said Ed Friedman lead plaintiff in a smart meter case that has been remanded to the Maine Public Utilities Commission after a victory in the Maine Supreme Court.

The National Campaign to Stop Smart Meters and Wireless Radiation Protection Coalition are urging members of the public to do the truly smart thing: plan your own event to demonstrate against ‘smart’ meters on October 4! See http://actiondaytostopsmartmeters.org for materials and more information on planning an event, and for locations and times of events being planned around the country and internationally.

The main demonstration in Washington DC begins at 10:00 am Oct. 4th at the GridWeek conference outside the Walter E. Washington Convention Center, 801 Mount Vernon Place N.W., Washington, DC 20001. For other demonstrations around the country, see http://actiondaytostopsmartmeters.org 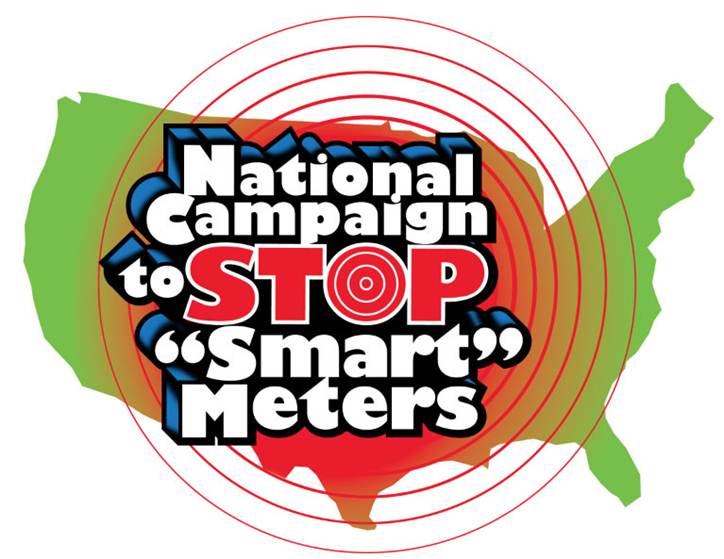 This entry was posted in Citizen rebellion, Democracy, neighborhood organizing. Bookmark the permalink.