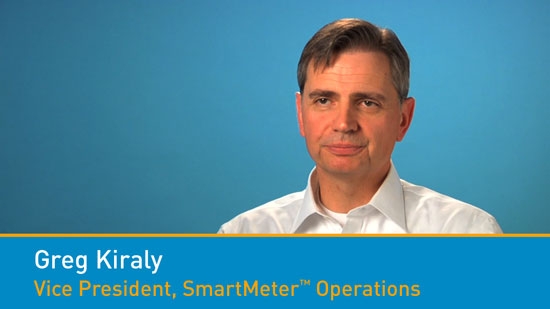 According to documents filed at the CPUC last week, Greg Kiraly, now Senior VP of Electric Distribution,  joined Bill Devereaux and others in spying on anti-smart meter groups such as Stop Smart Meters!

Utility’s Own Internal Investigation Reveals Violations were Systemic and Widespread

SAN FRANCISCO- Documents filed last week at the California Public Utilities Commission indicate that the spy scandal that forced the resignation of William Devereaux, ex- Senior Director of Pacific Gas and Electric’s SmartMeter program in November 2010, has now widened to include at least 2 officers in the company, Chief Customer Officer Helen Burt and Greg Kiraly, Senior Vice President of Electric Distribution and several other employees, as well as the Head of Policy and Planning at the CPUC, Marzia Zafar.

Devereaux was forced to resign after admitting that he posed as an activist from Oakland named “Ralph Florea” in order to infiltrate and discredit private online groups of those opposed to smart meters because of health and safety impacts. 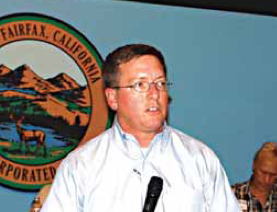 Soon after media reports of Devereaux’s improper activities surfaced in November 2010, the CPUC’s Consumer Protection and Safety Division (CPSD) launched investigation 12-04-010 to determine the extent of PG&E’s violations.  The investigation report concluded that: “PG&E violated Public Utilities (PU) § 451 in failing to furnish just and reasonable service when Mr. Devereaux lied about his identity to infiltrate online smart meter discussion groups in order to spy on their activities and discredit their views.”  The report identifies at least 16 occasions where Devereaux forwarded private e-mails from anti-smart meter consumer groups to other PG&E employees, including his superiors.  Documents filed last week indicate that this preliminary assessment was incomplete compared to the true extent of spying.

Rather than censure Mr. Devereaux for his deceitful activities, it is apparent that officers at PG&E actively took part in this infiltration and deception.  PG&E officers Helen Burt and Greg Kiraly admitted to investigators that they directly monitored private online discussions  of smart meter opponents, in addition to receiving messages forwarded from Devereaux without taking disciplinary action.   PG&E’s investigation states: 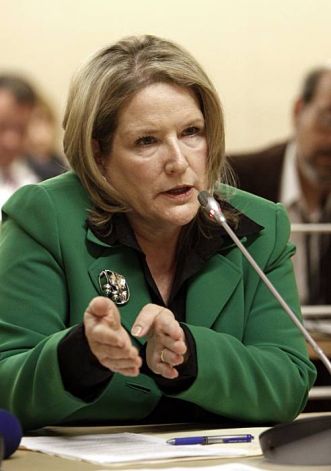 “Kiraly did review information from these sites”

“… (Burt) received a google alert message that was sent to her work computer. From the alert, she would access the site and review the information.”

The “google alerts” that Burt refers to were from SmartWarriorMarin, a private, subscription only e-mail group.  Other PG&E employees- such as the EMF Program Manager- apparently subscribed surreptitiously to the private groups and accessed the public sites StopSmartMeters.Org and EMFSafetyNetwork.Org more than 46 times within the span of two months in 2010:

Another employee’s testimony hints at the desperation within the company, which was facing a public increasingly resistant to the violations of the SmartMeter program: “They are killing my (SmartMeter) project so I need to know.”

Senior executives in the company apparently were aware of the situation, and took a nod and wink approach to the spying- one employee reported:

Devereaux forwarded at least one e-mail from the private smartwarriormarin group- a report from a heated debate in Marina where councilmembers were discussing health problems related to smart meters- to Marzia Zafar, currently Director of the Policy and Planning Division at the CPUC and former employee of Sempra Energy Utilities.  From the context, it was obvious that this e-mail was private and not intended for the eyes of PG&E or the CPUC.   Yet Zafar failed to question Devereaux about the origin of the e-mail, or report the incident.  Instead, her reply was simply: 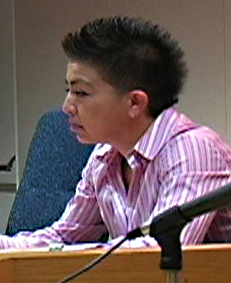 According to Sandi Maurer of the EMF Safety Network, Zafar also failed to produce records of this e-mail exchange in response to a records request.

As part of its multi-million dollar effort- funded by ratepayers- to promote the smart meter, PG&E hired Edelman Corp., an international public relations firm, to gather information on protesters and devise a media marketing strategy to promote the despised devices.  An Edelman employee interviewed for PG&E’s investigation said:

“that his firm only accesses public sites and if an analyst is questioned concerning a reason for their interest and/ or a name they have been instructed to exit the site with no response……their analyst uses an e-mail address tied to the individual and not the Edelman company.”

Several parties to the proceeding, including Stop Smart Meters!, EMF Safety Network, CARE, and Ecological Options Network are demanding that an unfair and unreasonable settlement agreement between CPSD, PG&E and TURN is rejected and hearings be held to determine the true extent of the violations, including involvement by CPUC staff.

“PG&E disputes the allegations in the CPSD Investigative Report and maintains that none of its officers or senior management (other than Mr. Devereaux) were aware of or condoned Mr. Devereaux’s misconduct. PG&E further maintains that PG&E did not violate Public Utilities Code §§ 451, 2109, or any other statute, rule or regulation.”

According to Joshua Hart, Director of Stop Smart Meters!:

“What makes this all so egregious is that we have a situation where the Public Utilities Commission- which is meant to regulate utilities and protect public health, is instead working behind the scenes with the utility to silence the message of safety groups.  If officials had heeded our warnings, rather than war-gaming us and treating us like ‘insurgents,’ the burnt homes and radiation injuries that the people of California are now dealing with may have been avoided.”

In its initial settlement agreement, PG&E proposed that they run workshops to instruct other utility companies on the proper use of social media.  Stop Smart Meters! response: “Maybe they could give workshops on gas pipeline safety while they are at it.”

The groups who suffered privacy violations believe is in the public interest to find out exactly what occurred and who is responsible, and to levy appropriate fines and remedies, not settle the proceeding based on an incomplete rendering of the evidence.

They believe it is clear from PG&E’s data requests that Mr. Devereaux did not act alone, and that the extent of the spying and deceit- even extending into the CPUC- has not been accurately determined.  Thus a settlement that ignores these facts and attempts to avert testimony, hearings and other findings of fact is inappropriate, premature, and not remotely in the public interest.

Analysis of PG&E Internal Investigation into the Devereaux Affair