And What of the Animals? 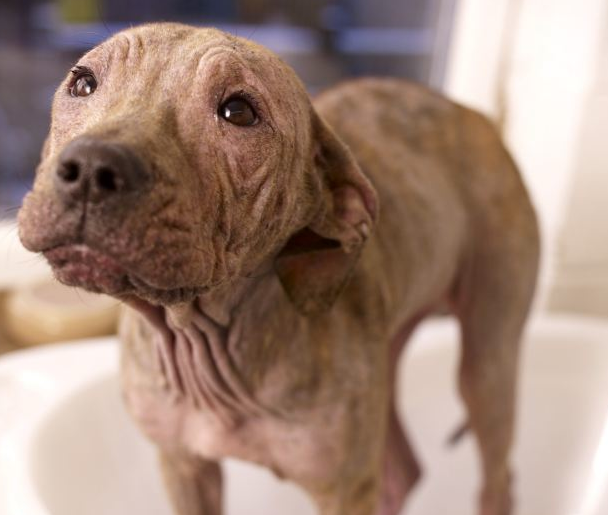 What of animals suffering from 'smart' meter radiation, unable to voice their pain?

Originally posted at the La Mesa Patch, an El Cajon woman describes her torturous experience with smart meters and the impacts on her dogs, begging for help, in her own words:

To Whom It May Concern at SDG&E

I have made three prior telephone requests advising SDGE of the serious side effects concerning my health since the installation of the smart meter device at my home. Three different individuals came out to my house on three separate occasions, all armed with the same propaganda, the same zero concern for my health or the safety of my home.

I was told, “I don’t know. You are the only one that has complained.” (A false statement.)

I was also told, “The smart meter is not causing any problems to your home.” (Another false statement.)

I am a 49-year-old woman and I have never before experienced any of these problems in either this home, or any other home that I have lived in, prior to the smart meter installation.

I came home one day after work, and they had just finished installing my smart meter. I did not think anything of it. I had received a notice a few weeks prior, indicating that a smart meter was going to be installed.

That same evening I awoke between 2:00 and 3:00 in the morning, with ringing in my ears, dizziness, tingling at the upper part of my head that turned into a headache and then nausea. There was also a horrible feeling of uneasiness that I had never experienced before and that prevents me from going back to sleep at night — every night.

One of my dogs awoke at the same time, wandering the hallways whining and crying. This dog refuses to sleep inside at night now, as the pulsed radiation also makes him sick. This dog had slept at the foot of my bed since the day I brought him home until the night the smart meter was installed. I have numerous friends and family who will testify to this, if called to do so.

The same scenario occurs whenever I sleep in my home, a home that I worked six or seven days a week for most of my life to be able to afford, and now you, the utility company, is FORCING PULSED RADIATION where I live and sleep, which if you do your homework and read the numerous articles that have been published by scientists who were not paid off by a utility company, you will see that radiation causes cancer and I will not stand for a cancer causing device to be attached to my home.

I was gone for two weeks on two occasions over the summer, and I sleep fine whenever I am away from my home. I was in Peru for two weeks without these problems and also in Alaska, where I had no trouble sleeping, no trouble concentrating, no dizziness, no ringing in my ears, no tingling at the upper part of my head that turned into headaches.

And I just got the blank stare, the “I don’t know what to tell you, “ and the “No, I cannot remove the smart meter.” I begged them to return my house and home which I loved back to normal, to please, please remove the smart meter and install the old analog meter that worked just fine and that I never had a problem with. The blank stare and the, “No, I cannot do that,” was the only answer I could get out of these people.

I asked one of the gentlemen what his job was at SDGE, as it appeared he had no training as an electrician and was not capable of answering any of my questions. He told me, “Well, my job is to handle questions from people like you.” I then replied, “I thought you said I was the only one that complained.” Of course, he quickly departed after that. We all know that if he had told me anything different, he would have lost his job.

Copies of this letter are going out to as many people, organizations, and government agencies as I can send it to, so you can’t drop this one in the trash and say you never got my letter.

Addendum, an email from Diane:

Yes, it [is] very sad.  I have two dogs and it seems the smart meter bothers one of the dogs more than the other.  I came home from work one afternoon and I saw the utility company truck pulling away.  I had received a notice two weeks prior that they were going to install a smart meter, but I really did not think too much about it.

That very first night, my dog wandered the hallways whining and crying.  … I have learned that the smart meter is more active at night.  My dog’s face went completely white within a two week period.  Usually this happens more gradually.  He was also diagnosed with arthritis after two weeks of the smart meter forced radiation and he refuses to sleep inside at night now.  He just can’t stand it.  Which never, ever happened before.  He always slept at the foot of my bed in the years prior.

I believe the smart meter is slowly eating away at our health, slowly killing us.  I found there is nowhere to run, because all over the United States they are installing these radiation machines on homes.  I read on the internet of people selling their homes and moving out of state, only to find that within weeks of moving to a new home a smart meter was slapped on their home when they were at work.

Of course, the utility company came out and told me that none of my problems or the changes in the home were caused by the smart meter.  They absolutely refused to investigate or own up to any responsibility at all.  They just looked at me, shrugged their shoulders, and told me that I was the only one that had complained.

I BEGGED them to put my old meter back on for the sake of my home, the health of my pet and myself and they absolutely refused.  I had three different individuals out to my house, telling them about the problems since the very first night of the smart meter installation.  They refused to accept responsibility, because if they changed out my meter or accepted responsibility for me, they would have to do it for all the others that complained.

One of them I think did feel sorry for me and he made a call to a supervisor two or three times to his visit to my home and each time he was told absolutely no, that he could not remove my meter and put the old analog meter back on.  I’m sure he would have lost his job if he had gone ahead and done what was right.  I do not know how these people sleep at night, knowing they are slow-killing us.

I do know that evil flourishes when good men do nothing, which is why we all have to stand up and do whatever we can to fight this, especially for the innocents that cannot defend themselves:  our pets, infants in the womb, children, the elderly.  They cannot fight for their right to live in a radiation free environment, so we have to do it for them.

My dog used to LOVE to go on long walks.  He is a retired greyhound and spend the first part of his life in a cage, and so I used to be able to take him on long walks. Since the smart meter was installed (within a two-week period of time) he is only able to go on very short limited walks now due to swelling in his joints (which is a common complaint for a lot of people after smart meter installation).

This all practically happened over night.  It was not a gradual progression, where he gradually got older and declined.  It was very sudden and not natural at all.  I am 49 years old and have pets since I was a child and we all watch our pets gradually get older and understand this.  THIS WAS NOT NATURAL FOR A DOG IN PERFECT HEALTH TO GO from one who loved life to a state of torture the very first night that smart meter was installed.

I know my dog, I know my house, I know myself and none of these have been the same since the smart meter installation.

Note: Opting Out means getting rid of the wireless smart meter – we think that turning off the transmitters inside (a Northern CA utility proposal) is not enough. We recommend opt-outs that involve nothing less than return to safe mechanical analog meters. To date, only a (forced) proposal has been made by PG&E, in Northern California. No utility has had a formal opt-out plan yet approved by CPUC.

Utility and CPUC science is outdated and full of industry-produced information that is non-scientific and tainted by conflicts of interest. Michael Peevey, President of the regulatory commission to oversee the California utilities (CPUC) is a Southern California Edison Vice President, retired.

On Sept. 14th, 2011 CPUC will hold an Opt-Out Workshop which all major utilities in California have been ordered to attend, to discuss potential opt-out solutions, including SDG&E. Without strong public pressure, such as we have seen in Northern and Central CA, it is doubtful an opt-out plan will be developed for Southern Californians, as the CPUC says it has not had enough complaints, to date, to warrant it. In Northern CA, 44 municipalities have taken out ordinances or a position against smart meters. In Southern California, 2 have done so (Santa Barbara city and County) (Center for Electrosmog Prevention).

21 Responses to And What of the Animals?