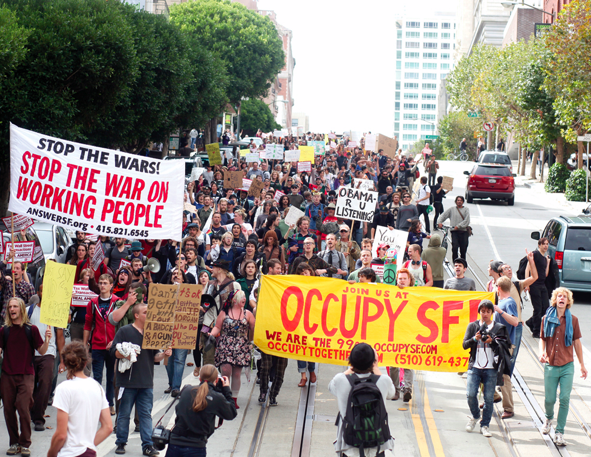 Stop Smart Meters! stands in full solidarity with the Occupy Wall St. movement rapidly growing throughout the country.  Together, we bear witness and refuse to go along with the rampant corporate abuse that is violating the economic, health, safety, and privacy of the people. The time to draw a line in the sand is NOW!

We were out at the Santa Cruz Occupy movement’s general assembly yesterday (Sunday, October 9th)  and it’s clear that the forced “smart” meter installations over the past several months have- without a doubt- added fuel to the fire.

It’s important that we the people continue to have a dialogue about the ongoing threats to our communities and our lives and attempt to reach consensus about these issues and then act on them.   No one else is going to solve the problem for us!

If you haven’t hooked in to the growing occupy movement, there are hundreds of events and organizations sprouting up all over the country.  If there isn’t one in your town, get together with a couple of friends and start one yourself!  Bring flyers and banners about the smart meter threat, and help to educate people about the dangers of microwave radiation and privacy violations.

It’s hard to believe, but to many people, wireless communications devices like smart phones are simply a positive tool to organize and resist corrupt systems.  Yet- of course- there is a dark side.   Wireless is dividing and uprooting communities, and subjecting all of us to unacceptable health risks.  More and more people are becoming electro-sensitive, realizing all of a sudden that there is increasingly nowhere left to run to escape the headaches and heart palpitations, a physical condition exacerbated by disbelief and even ridicule by the general population.  More worryingly, wireless technology has been used by the military to inflict injury and even death, and by civilian law enforcement in crowd control situations.

In the wrong hands (and I think we would all agree that the US government, utilities, and cell phone companies are certainly not the right hands), wireless technology can be a terrifying means to control the population.  As the Occupy movement grows and becomes a bigger threat to the power structure, and police try new methods to disperse crowds, we would be well advised to bear these facts in mind and respond accordingly.  There is power in numbers and as the crowds continue to swell, let’s not forget that wireless technology is a double edged sword. 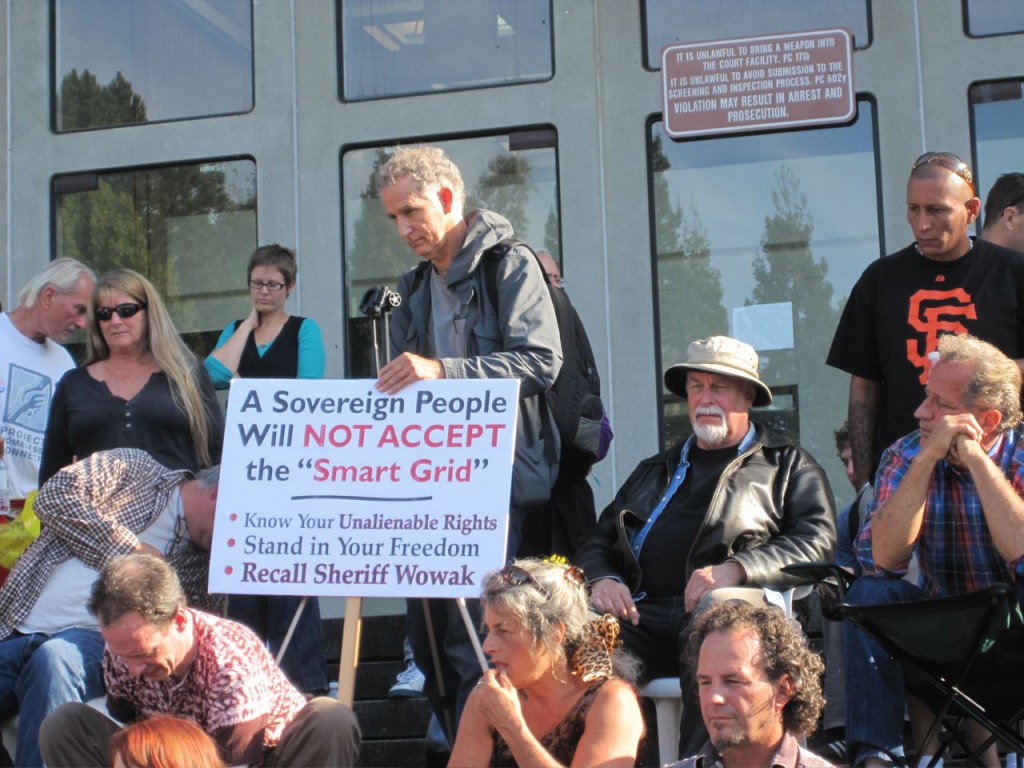 Anti-smart meter activists are joining Occupy protests throughout the country