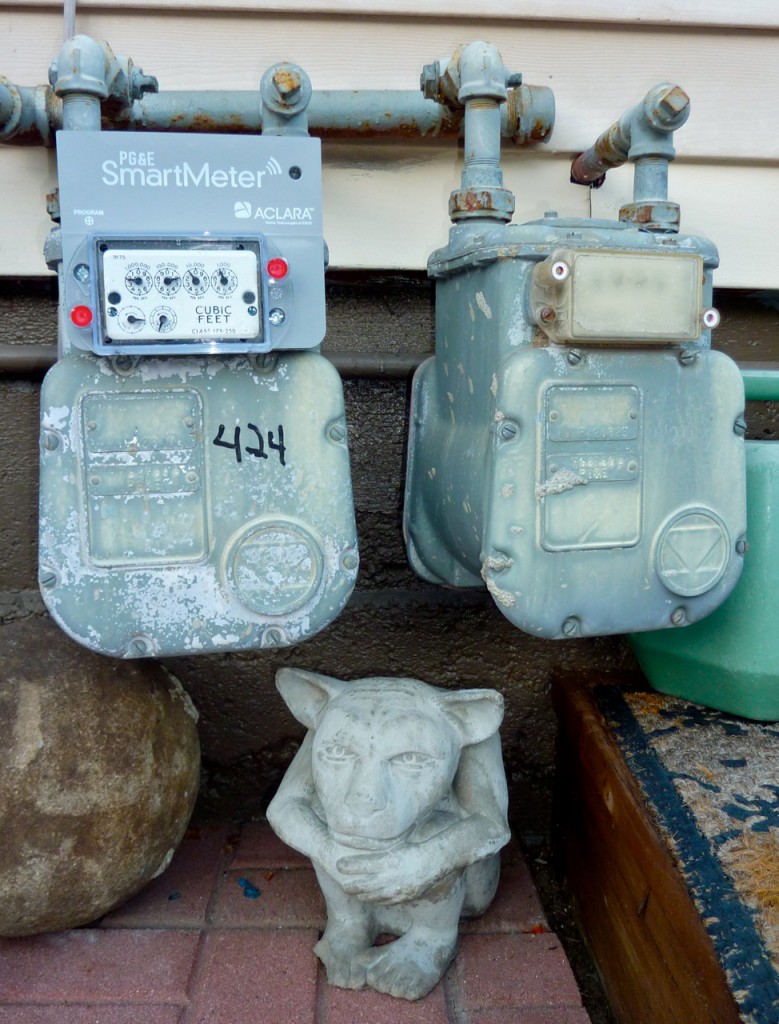 San Francisco, CA- Though PG&E’s arbitrary “deadline” of May 1st for signing up for their smart meter opt out program is fast approaching, the future of the charges is uncertain due to legal challenges and a series of procedural errors by both PG&E and the CPUC, who have failed to provide crucial documents to members of the public protesting the opt out policy, as required by law.  The regulatory agency has issued conflicting statements about the approval status of the policy, and has refused to divulge e-mail communications with PG&E about the issue, in violation of the CA Public Records Act.

Edward Hasbrouck, a San Francisco resident, grassroots activist and author of the travel book The Practical Nomad, submitted a protest in February against the legality of the opt out fees.  Mr. Hasbrouck’s protest is simple, but cuts to the heart of whether utilities like PG&E’s have a right to install a smart meter against the will of a homeowner and to charge a fee for retaining an analog meter.  Despite being required by law to serve Mr. Hasbrouck a copy of the PUC and PG&E responses, this never occurred.   Because of this “procedural error” PG&E’s Advice Letter containing the opt out policy has therefore been suspended, according to CPUC General Order 96-B 7.5.2.   This was confirmed in an e-mail dated April 20th from Elizabeth Dorman, Principal Counsel at CPUC’s Legal Division to Mr. Hasbrouck:

Legal Division has instructed Energy Division that the Advice Letter filing is suspended, and requested that they include such label on our website.

For any advice letter that may not be deemed approved, suspension is automatic if disposition of the advice letter has not occurred by the end of the initial review period.

Because the CPUC’s disposition of the advice letter was invalid due to their failure to serve Mr. Hasbrouck, suspension (according to the CPUC’s own rules) is automatic.

But the CPUC’s Energy Division has disputed this, essentially saying that they made a ‘mistake’ and deserve a ‘do over.’ Meanwhile, PG&E operators have been telling customers that they will be charged starting May 1st, even though the policy has been suspended.  Critics of the utility accuse PG&E of fraud in asserting that the opt out fees are still valid, and working behind the scenes to obscure the suspension of the policy.

Reached by telephone today, Ms. Dorman agreed that there is no law mandating smart meter installation- and that the right to install a smart meter was “just an assumption” by the PUC and the utilities, and not based in law.

“CPUC’s legal division is correct- there is no law that says smart meters are mandatory” says Joshua Hart, Director of Santa Cruz County based Stop Smart Meters! “PG&E and the other utilities cannot legally charge a fee unless people actively agree to the charges.  It is all a bluff by the utility who are running from the reality that their smart meter program has been a full fledged debacle and is being rejected by the public.  Mr. Hasbrouck is asking some fairly inconvenient questions and the powers that be are attempting to silence him.”

The ‘opt out’ policy itself has been described by those close to the issue as being “half baked.”  No accommodation has been made for apartment dwellers, business owners, or to provide for community wide opt outs as requested by dozens of local governments throughout the state, and thousands of people who have complained directly to the agency of health impacts, fires, and higher bills.  Fifty-six cities and counties in CA have now gone on record as opposing the current installations.  The American Academy of Environmental Medicine has demanded that the CPUC halt smart meter installation immediately to protect the public’s health. (pdf)

Under State Utility Code, utilities may not charge extra to people to protect their safety and health.  Smart meters are threats to both according to scientific studies (pdf).

Code 328.2(b) states: “No customer should have to pay separate fees for utilizing services that protect public or customer safety.”

Code 453. (b)  states: “No public utility shall prejudice, disadvantage, or require different rates or deposit amounts from a person because of medical condition”

In accordance with the CPUC’s rules, Hasbrouck has requested that the full CPUC review the CPUC Energy Division’s mishandling of his protest and order that a formal proceeding be conducted to consider whether PG&E’s gas and electric delivery easements give the utility the right to install wireless telecommunications infrastructure on customer premises.

“If PG&E can put a base station for its mesh network on my gas or electric meter, without having to ask for permission from the owner of the building, does that mean AT&T has the right to add a cellphone antenna and transceiver to the telephone junction box on my wall, without permission and without having to pay for those rights?” Hasbrouck asks. He points out that Proposition J, enacted by San Francisco voters in 2007, set conditions for wireless network infrastructure on city streets that aren’t met by the mesh network bundled with PG&E’s “SmartMeters”.

Regardless of the status of the opt out fees, customers of PG&E are being urged to inform the utility of their choice to reject the smart meters by May 1st and to either protest the fees or write “paid under protest” on their check.   PG&E customers should call 1-866-743-0263 immediately to opt out.

Mr. Hasbrouck has covered this evolving issue on his website: