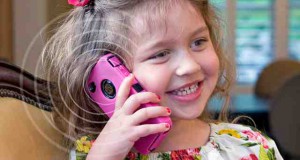 The controversy around wireless health is not simply an academic debate. Those in the media who misrepresent current scientific knowledge must be held to account

Editor’s Note: This series of articles was written in 2011 by New York’s Deborah Kopald  in response to Felicity Barringer’s Times Coverage of the anti-smart meter movement. Parts 2 & 3 will be published here shortly.

The day after I wrote a column, “Smart Meters a Dumb Idea” (download word doc), the New York Times ran a very similar piece, “New Electricity Meters Stir Fears.”  The article covered many of the points I had made in mine: smart meter opposition cuts across party lines from liberals to libertarians to the Tea Party; Maine and California have ‘opt outs’ in place; and advocates oppose the meters on privacy and health grounds.  The article’s author, Felicity Barringer, who is usually the Times’ media writer, wrote the Times’ Green Blog a couple days later.  In her follow-up piece called “Are We Hard-Wired to Doubt Science?” Barringer questioned the rationality of some of the smart meter interview subjects from her previous day’s piece opining:

“some very intelligent people I interviewed had little use for the existing (if sparse) science. How, in a rational society, does one understand those who reject science, a common touchstone of what is real and verifiable?”

On its face her statement appeared to make sense. As I have discussed, it never ceases to amaze me how people ignore decades of science on radiofrequency radiation and the scientific evidence linking cell phone use to brain tumors, cognitive effects, ADHD, sperm count decreases and tinnitus. Then I saw the context.

Barringer went on to argue:

To Barringer, people who questioned the safety of cell phones were on the fringe and were gripped by an excessive paranoia that itself could be explained scientifically. She cited a consultant who studies “perception” of risk:

“Humans are hard-wired to reject scientific conclusions that run counter to their instinctive belief that someone or something is out to get them.”

Is Felicity Barringer hard-wired to doubt medical science that conflicts with the corporate agenda?

Here are some things she would have found out if she had investigated the rationales for peoples’ belief that cell phones are unsafe, and consulted actual scientists instead of someone who reduces people’s perception of risk to the fight-or-flight response. As early as 1962, G.E. Engineer Allen Frey showed that pulsed microwave radiation (emitted by wireless devices and antennae) affect cell membranes and can breach the blood-brain barrier, thereby allowing toxins to penetrate the specialized blood vessels that ordinarily protect the brain from toxins in the body’s bloodstream.

The U.S. wireless industry itself conducted a series of studies in the early 1990s that documented genetic damage at levels below the current safety limits set by the Federal Communications Commission. The industry studies also found a dose-response risk of acoustic neuroma with more than six years of cell phone use and a doubling of brain cancer risk.

These studies were discontinued after the wireless industry was informed of the results. At that time, biophysicist Henry Lai and biologist N.P. Singh at the University of Washington also reported double-strand DNA breaks from cell phone radiation on animal cells.  Their findings were confirmed in studies of human cells by biochemist Jerry Phillips. There have been multiple studies since confirming DNA breaks in human cells from exposure to cell phone radiation.

Among the research work that points to safety hazards from cell phones:

It is disturbingly clear that Barringer herself is in fact the otherwise intelligent person who has “little use for science” whom she purported to describe. Instead of detouring into the political psychology and scientific underpinnings of paranoia, she should have examined the political forces (corporate interests) in this country that have caused science to be suppressed and policy to be perverted.

Deborah Kopald (BA, Harvard; MBA, MIT Sloan School of Management) is an environmental health and public policy advocate who has authored numerous articles and a forthcoming book about electromagnetic pollution.  She developed and oversaw the promotion of successful legislative initiatives at the local, and county and state levels in New York State, has addressed 35 offices of Congress, has appeared as an expert guest on television and radio programs, and has been an invited speaker at SUNY campuses, Rotary Clubs, parents groups, two county legislatures, the NY State Senate, the Association of Towns and various municipal governments.  She received an award from Orange Environment in October, 2011 for her public education efforts and advocacy of transmitter-free zones.