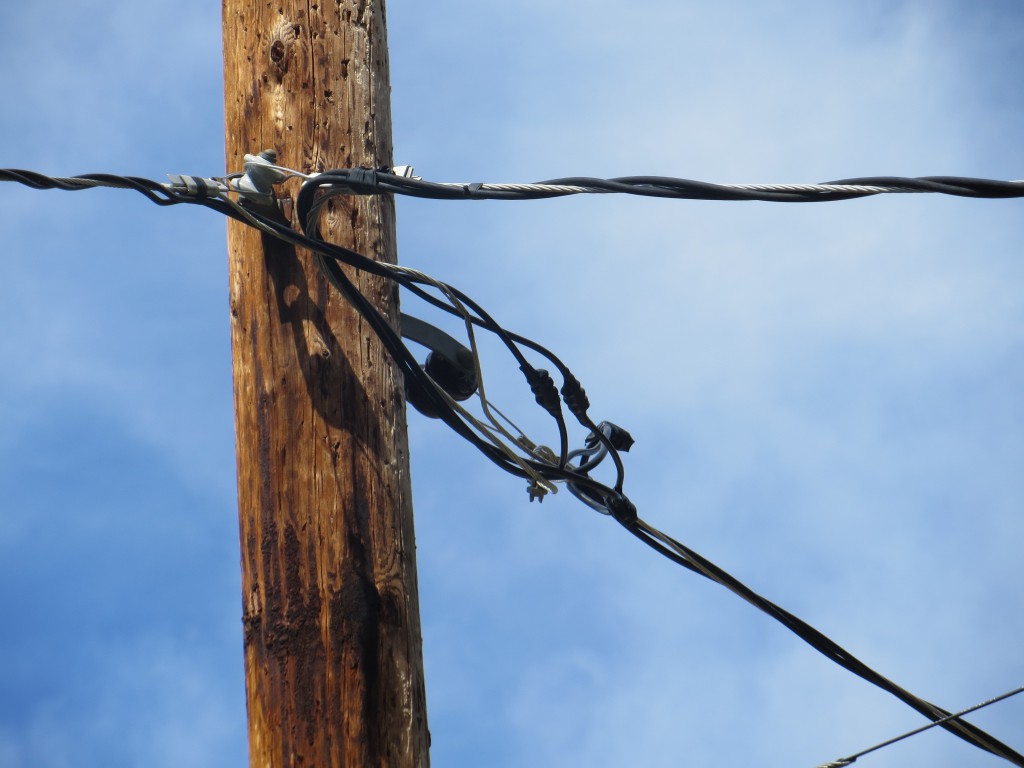 At the appeal court hearing on June 29th, after it was revealed that Superior Court Judge Ira Kaufman has a no-cost self-read analog meter at his home, and after PSREC’s legal arguments defending their “opt out” program fell apart, the utility’s General Manager Bob Marshall agreed to reconnect our electricity, drop all past fees and provide self-read analog service at no charge.

Electricity was restored at our home on Thursday afternoon, and the analog meter remains in place.

Thank you to our attorney Michael Jackson, and everyone who has supported us and kept us going through our 16-month stand. It has not always been easy.  However, when push comes to shove, it is clear that utility company bullying just does not stand up in court.

In the end, PSREC did not want medical experts testifying about the health hazards of their smart meters.  Their desire to “have their cake and eat it too” significantly undermined their case.  For example, they claimed their AMR meters were not “smart meters” but then insisted that the recent CPUC smart meter decision justified their ability to charge residents fees for avoiding them.  They proclaimed their independence–as a cooperative–from CPUC regulations, but then leaned heavily on the CPUC’s December opt out decision–limited to the four main investor owned utilities in California, to justify the legality of those fees.

The takeaway? For customers of municipal or cooperative electric utilities not regulated by a state utility commission, small claims and superior courts are able and often willing to take an independent look at the legality of utility policies, unencumbered by state regulatory decisions. Don’t just go along with a forced smart meter or unjust fees- take them to court!

Here are the legal briefs submitted for the appeals phase of our case, available for download:

Hart v. PSREC is officially still an open case pending the signing of a written agreement this week. We reserve the right to a superior court trial if PSREC fails to carry out any of the agreed actions.