The Grinch Pays a Visit to Virginia this Christmas 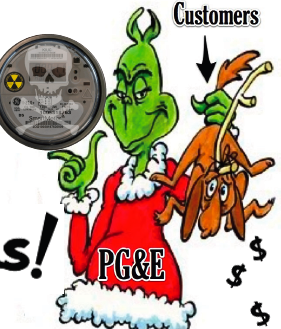 At least dozens of people– including Milton Williams, the former smart meter installer turned whistleblower interviewed below– have apparently been involuntarily disconnected from the grid by Dominion Energy in Virginia after refusing smart meters on their homes.  This as freezing temperatures spread across the country.

We demand that Dominion reconnect every single family who has been illegally disconnected, and *at least* provide an option for people to retain or replace an analog meter. If they won’t do it, regulators need to step in and do their jobs.

Video interview with those who had their electricity disconnected can be viewed here: https://live.childrenshealthdefense.org/chd-tv/shows/the-peoples-testaments/dominion-energy-cuts-power-to-residents-who-refuse-smart-meters/

Update Dec. 22nd 2022 Milton reports: “Good news is that Dominion Energy installed our power back with an analog meter — only because they heard the voices of the people.  A special  thanks   to  Attorney John Janson for being the only lawyer who was willing to take on Dominion Energy’s injustice.  Without everyone’s support this would not have been possible. Better days are ahead. But the fight is not over–we are  just getting started there are thousands of people who still need help.”