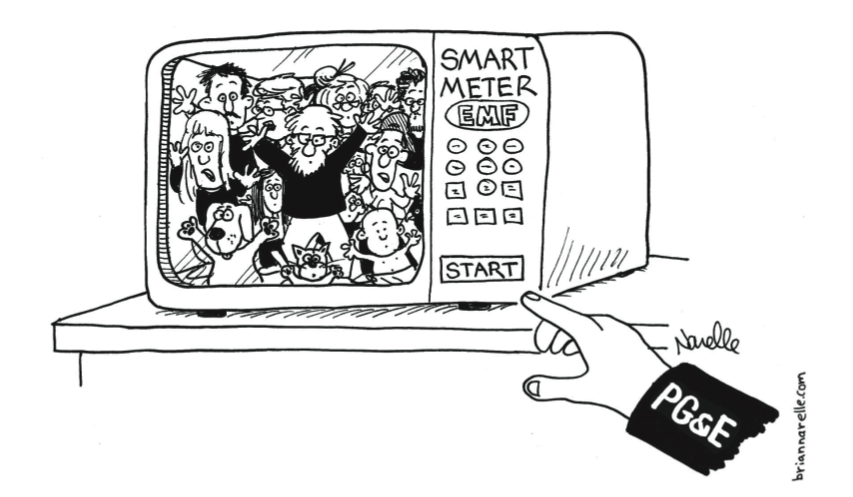 I was speaking with Josh del Sol from Vancouver the other day.  Josh is the Producer of the forthcoming documentary feature film Take Back Your Power about the Smart Grid deployment and growing global resistance to it.  He mentioned that he believes there is beginning to be a shift in how people view the relationship between EMF electrosmog pollution and what’s been called “electro-sensitivity,” both of which are being significantly increased by the so called “smart” grid- a bloated, dangerous and invasive beast being paid for by our taxes and utility bills.

We are literally being microwaved- and then billed for it.

Perhaps a better term for the ability to feel the waves- Josh suggests- is ‘electromagnetically aware.’

The effects of wireless technology- even on doctors- can no longer be reasonably denied by industry.  The question is- what is an effective policy response?  Does it include placing millions of pulsing microwave emitting antennas throughout every community?

While those who have been injured by cell phone or smart meter radiation often wish to “get over” their symptoms as soon as possible and be able to live their ordinary lives without pain in the thick of the electrosmog, a growing understanding categorizes “electro-sensitivity” or EHS- as a sort of ‘ability’- the sensory capacity to recognize when one is being exposed to a toxic agent, which enables an effective response measures (avoidance, adaptation, activism, etc).  The simple act of using a cord instead. 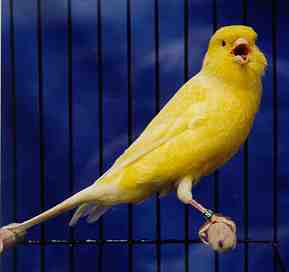 The demise of canaries warned coal miners when there was a gas leak, so they could evacuate the mine. The miners who called the bird a 'paranoid tin foil hat crazy' afraid of something completely harmless, invisible and odorless like natural gas- didn't typically last too long.

A living nightmare for many, the ability to detect- and often suffer from- wireless signals may ironically end up saving your life.  As we reported in November, the ability of biological organisms to interpret- and interact with electrical field data- is actually widespread in nature.  And we are- lest we forget (and it appears that the executives responsible for this debacle have) – all biological organisms.

Instead of medicating those who report pain and health damage from wireless communications, maybe we need to shift our focus to the source.

Let’s hear from those personally affected and now working toward a solution:

According to Gaia Health, the recent report from the CDC that the rate of autism is 1 out of 88 children is not a true accounting.  From their research they speculate that the rate may be as high as 1 out of 6 children.  This should be sounding alarms all over the world.  I do believe that my marked adverse reaction to toxic chemicals and EMF/RF is a valid response.  I don’t want to cure myself into getting cancer, etc.

For example, I am currently house sitting at a house that has a Smart Meter.  I cannot get decent sleep here.  I believe this is a healthy reaction to a toxic environment and that a healthy response is to change my environment.  If I retrain my brain to not react to toxins it seems likely to me that I will suffer the consequences of allowing increased exposures to toxins.”

“I so agree with your perspective on this.  Initially I cursed my body for being so reactive to EMF/RF.  It has caused me so much pain — the loss of my home, ongoing homelessness, and great sadness that I cannot live fully and freely in a world that was hospitable until one year ago.

Prior to leaving Burbank, I checked in with my neighbors in the small bungalow complex where I lived.  EVERY person living there had begun to notice that they weren’t feeling normal after the smart meters were installed.  Examples:  The hale-and hearty-fisherman who lived across the garden from me said he hadn’t slept for more than an hour, the 20-somethings were having daily headaches and I couldn’t help but notice that they were arguing all the time, the 40-something woman living in the building next door suspected she was starting menopause because of increased irritability and insomnia (8 smart meters had been installed directly below her bedroom) that drove her into her living room, the little kids next door began to scream and cry all the time, the 30-something woman upstairs was having daily headaches and exhaustion, the writer across the way developed blood pressure problems, and I was only able to tolerate my apartment for 4 hours at a time.

I think this small sample bears out what some of us already know for sure:  our bodies were not designed to thrive in the presence of pulsed non-ionizing radiation no matter what the FCC and the corporate interests have to say!!

We are able to smell tainted food so that we will avoid that which will make us sick, pregnant women often experience a heightened sensitivity and aversion to things that will harm a fetus.  I think that those of us with EHS are receiving warning messages that ought not to be ignored; I think that our bodies are not in need of being healed or fixed.  It’s the poison that needs to go.”

What do you think?   Is electro-sensitivity a ‘minority’ issue that can be ‘cured’ or are we going to have to curtail- or even remove- the use of wireless technology altogether from society?  Are telecommunications and utility companies violating laws including the Americans with Disabilities Act and US Constitution- not to mention basic human rights- just for the sake of corporate convenience, profit and power?

How did we end up here?  How do we change course?

9 Responses to ‘Electro-Sensitive’ or ‘Electromagnetically Aware’?