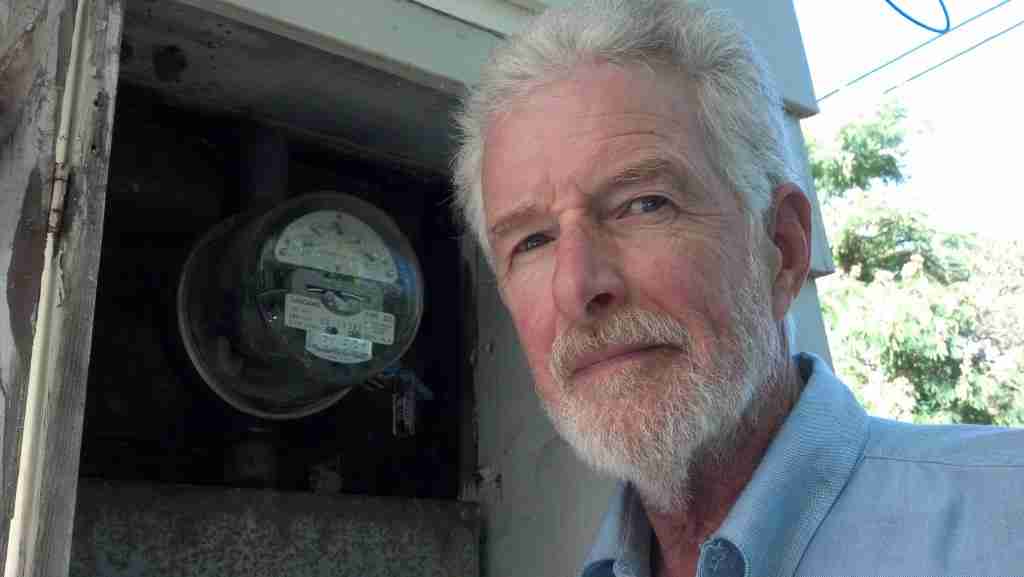 Stop Smart Meters! and the EMF safety Network collaborated on this coverage.

MENDOCINO COUNTY, CA- Despite the fact that the fees for keeping analog utility meters are still under legal dispute at the CPUC, and serious smart meter safety problems remain unaddressed, PG&E is now threatening to terminate service to its customers who refuse both smart meters and the contested fees.

Tom DeMarchi, a 68 year old Willits resident, has been told by PG&E that he must pay over $100 to retain his analog meter, or else he will have his electricity terminated today. Tom lives in an all-electric house, and although it’s a physical and financial hardship to have the electricity cut off, Tom is willing to live without it rather than submit to PG&E’s extortion fees.

Tom would prefer not to fight with PG&E. He is an environmentalist who pays his bills on time and has reduced his electric usage. He’s willing to self-read his analog meter, still an accepted practice in some areas where meter access is restricted.  However Tom refuses to pay a fee for nothing. He says,

“This is like the Mafia, extortion by crime bosses- Give us money and nothing bad will happen to you. This is wrong, and I am refusing to pay.”

PG&E is forcing customers to pay $75 initially and $10 a month to keep the analog meters, even though the fees are arbitrary and not based on any evaluation of costs. The cost issue is currently under evaluation at the California Public Utilities Commission (CPUC), and should be resolved by the spring of 2013.

One key question being evaluated by the CPUC is whether the fees violate section 453(b) of the Public Utility Code, which states: “No public utility shall prejudice, disadvantage, or require different rates or deposit amounts from a person because of ancestry, medical condition, marital status or change in marital status, occupation, or any characteristic listed or defined in Section 11135 of the Government Code.” The CPUC is also evaluating whether the fees violate the Americans with Disabilities Act (ADA).

Sandi Maurer, Director of the EMF Safety Network says that customers should not be charged to have analog utility meters. EMF sensitivity is widely recognized by medical and scientific experts, and is both caused and exacerbated by EMF and wireless radiation. According to Maurer:

“The CPUC and PG&E are failing their statutory obligation to ensure safe and reliable utility service at reasonable rates. The punitive fees are a desperate attempt to intimidate customers into keeping smart meters.”

Joshua Hart, Director of Stop Smart Meters! says that PG&E is going too far, risking alienating the public by cutting off services to bill-paying customers, when any proposed fee has not even been finalized by regulators:

“Arbitrarily cutting off power to our senior citizens just as winter approaches should not be taken lightly. PG&E has jeopardized people’s safety before and they are doing it again.”

Smart meter fires and explosions have been widely reported including several within PG&E territory.  In August, a series of 26 smart meter fires in Pennsylvania forced PECO Energy to halt installations, sparking inquiries in Washington D.C., Maryland, and Illinois.  Yet the CPUC has simply not investigated these fires, nor the thousands of complaints of health problems reported to them by members of the public.

It is unclear upon what legal grounds PG&E is terminating service for those refusing to pay the punitive fees.  Last year PG&E backed down under public pressure after terminating utility service to women and families who had their smart meters removed and restored with analogs.