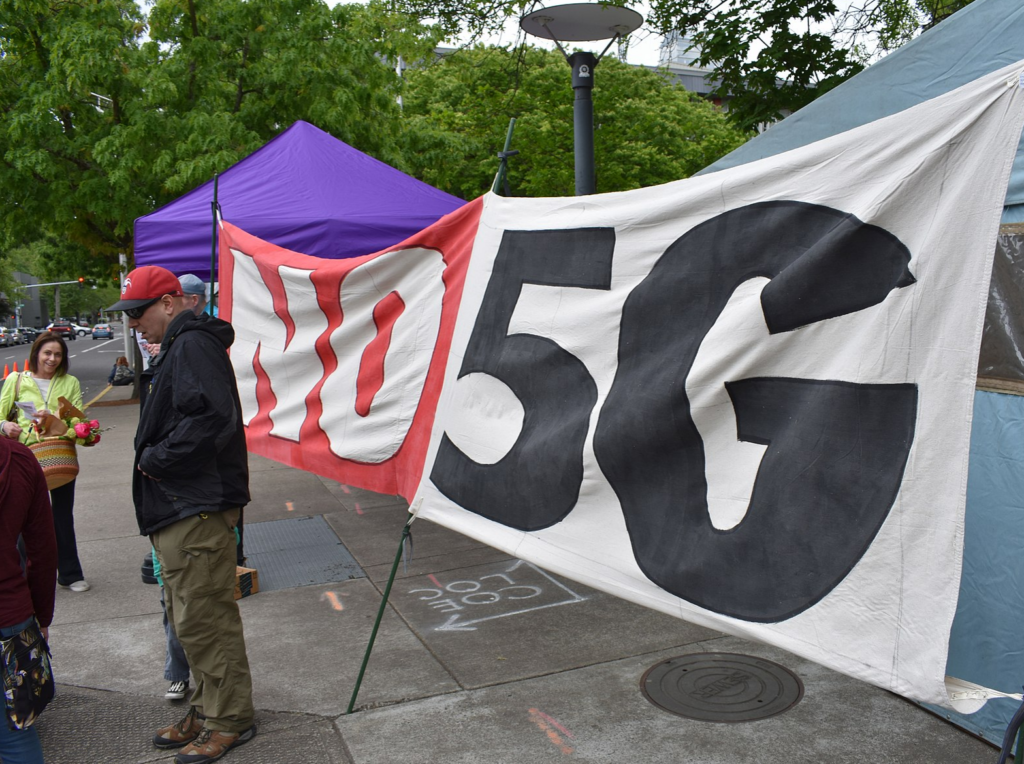 On Feb. 12th, the Financial Times reported that Switzerland has halted 5G due to health concerns about the technology- specifically the beam-forming characteristics of the new technology– essentially streetpole-mounted equipment that can emit “microwave lasers.”

The next day (predictably) the global telecom industry via Mobile World Live published an article claiming that this was not in fact the case.

We took a look at the original letter translated from the German- it sounds to us like Switzerland put a halt to 5G installations because of concerns about public exposure.

Here are some key quotes from the letter:

“With adaptive antennas, it is possible to send the signals in the direction of the users or the mobile devices (beamforming) and to reduce them significantly in the other directions.”

“There is still no standard worldwide….”

“…further clarifications on exposure must be made and, if possible, tested in real operation.”

“This work will take some time.”

Sounds to us like it’s pretty much an open and shut case– under pressure from the populace, Swiss regulators are getting cold feet about authorizing new 5G infrastructure that could seriously harm the population.

This moratorium is the result of a huge grassroots effort in Switzerland to ban 5G, including large street protests and this petition that has garnered tens of thousands of signatures. Take a stand for community health and our common future.  Oppose 5G!

(CHD) is leading a historic legal action against the Federal Communication Commission (FCC) for its refusal to review their 25 year old guidelines, and to promulgate scientific, human evidence-based radio frequency emissions (“RF”) rules that adequately protect public health from wireless technology radiation. The petition contends the agency’s actions are arbitrary and not evidence-based. The Petition was filed on 2/2/2020 in the U.S. Court of Appeals for the Ninth Circuit.

CHD is a non-profit organization dedicated to ending the epidemic of children’s chronic health conditions. The organization recognizes that wireless technology radiation is a major contributing factor to the exponential increase in sickness among children.

“This action represents the first time in 25 years that we finally can expose the FCC fecklessness in court, and give those who have been injured by the FCC’s disregard for human health a voice,” says Dafna Tachover, CHD’s Director of Stop 5G & Wireless Harms.

In 1996, the FCC, responsible for regulating the safety of wireless technology, adopted guidelines which only protect consumers from thermal levels of wireless harm, ignoring substantial evidence of profound harms from non-thermal levels. The FCC hasn’t reviewed its guidelines since, despite clear scientific evidence and growing rates of RF related sickness.

In 2012, the General Accountability Office published a report recommending that the FCC re-assess its guidelines. As a result, in 2013, the FCC opened docket 13-84 asking for public comment. Despite overwhelming evidence in support of new rules submitted by hundreds of individuals and scientists, the FCC did nothing. On December 4, 2019, the FCC closed the docket and affirmed the adequacy of its guidelines without proper assessment. CHD’s action challenges that FCC decision.

The FCC’s obsolete guidelines and the false sense of safety they provide enabled the uncontrolled proliferation of wireless technology and the ongoing deployment of 5G, which will exponentially increase exposure to this harmful radiation.

The Petitioners include parents of children injured by wireless devices, a mother whose son died from a brain tumor from cell tower exposure, physicians who see the epidemic of sickness in their clinics and Professor David Carpenter, a renowned scientist.

The Dangers of 5G to Children’s Health 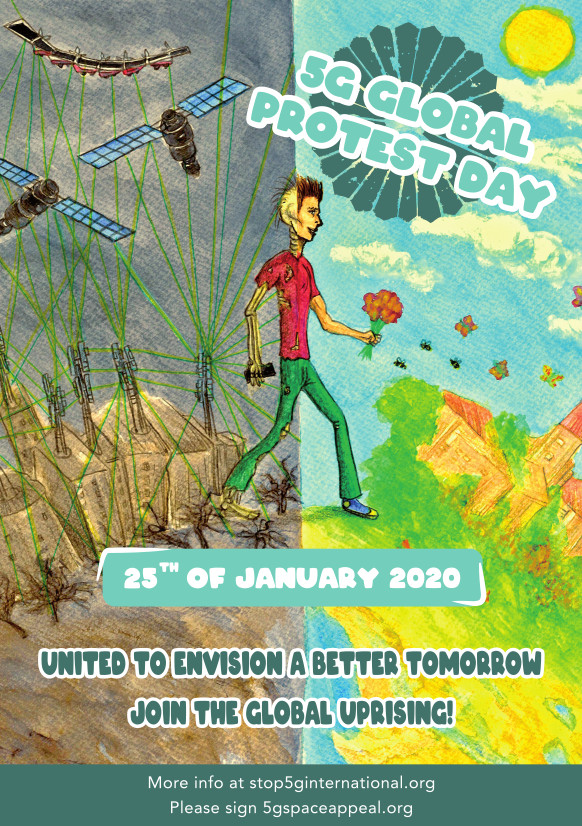 RF Meters take microwave radiation (invisible and inaudible to most people) and make it both visible and audible. A quality RF meter is literally your ears and eyes when it comes to detection of microwaves. Because RF ‘electrosmog’ has increased exponentially over the past 3 decades, an RF meter is one of the most essential tools required to protect your own family’s health and safety. It is also very helpful for reaching out to others on the issue. “You can’t ‘unhear’ it” said one user of the Acoustimeter AM-10 after hearing the high pitched whine of a cell tower and the tat-tat-tat-tat of a wifi router. “It just sticks in your head and you think about that sound every time you are around a wireless device.”

One of the more common questions we get from people these days (understandable given serious health risks of the technology) is how to measure and assess newer 5G frequencies using an RF meter (several including the AM-10 Acoustimeter available in our online store.)

EMFields is a Cambridgeshire UK based company that has been operating for 25 years and is dedicated to “protecting people from the ever increasing levels of electromagnetic radiation in our environment.” Because EMFields’ meters have been built with health as the top priority, you can trust the levels to be calibrated according to precautionary science-based (not antiquated government levels). In a recent posting, Alasdair Philips, Technical Director at EMFields, sets the record straight about what the (ill-advised) advent of 5G means for personal RF detection:

Many people are very concerned about the roll-out of 5G. We attempt to address some of the issues.

Pick up your own EMFields Acoustimeter AM-10 in our online store– use the code RESIST to save an additional 5%. Free case, support, shipping, and easy to understand instruction manual. Plus, when you buy the Acoustimeter from Stop Smart Meters! Store (and not Amazon, who are busy adding to electrosmog) the proceeds go 100% to an organization fighting to stop its spread.

One of the more common misunderstandings about Radio Frequency (RF or Microwave) radiation from ‘smart’ meters, cell phones, cell towers, etc. is the difference between the frequency and power density of this radiation.

Frequency refers to the number of oscillations per second (eg. 60 Hz (or hertz) is 60 “up and down” motions or “oscillations” per second”).  Power density refers to the intensity (or the level) of the radiation at a specific location.  Frequency is often used to identify a particular RF source (example: microwave ovens and wi-fi both transmit at about 2.45 GHz (gigahertz) or 2450 MHz (megahertz)). Different frequencies have varying impacts on plants, animals and humans, as well as non-living matter.

Ron Powell is a retired U.S. Government career scientist (Ph.D. in Applied Physics from Harvard University). He worked for the Executive Office of the President, the National Science Foundation, and the National Institute of Standards and Technology. He currently interacts with other scientists, with physicians, and with aware individuals worldwide about the impact of radiofrequency radiation on human health. Dr. Powell has previously analyzed the risks to health, cybersecurity, and privacy from various types of smart meter.

These new charts produced by Dr. Powell shed light on both frequency and power density, to help the public understand what we are being exposed to, and how to avoid the worst of the impacts. We appreciate Dr. Powell’s independent approach and informed science, helping those of us without a Ph.D. understand the risks of wireless radiation exposure and make decisions about what levels of EMF to tolerate for the safety of our families.

For the convenience of individuals using the Cornet ED88T Plus meter, Dr. Powell shows, on the Table of RF Power Density and Electric Field, the levels reflected by the LED indicators on this meter when purchased from StopSmartMeters.org.

You can download the full guides in pdf format right here:

The Cornet ED88T PLUS is currently in stock in the Stop Smart Meters! Store and ready to ship (free 1-3 day shipping). A Red Case Logic zipper hard case is optional. The Cornet is essential personal safety equipment and makes a great science-based gift to help protect the health of those you love. For gifts of independent science and EMF awareness that support grassroots advocacy (not wireless proliferating Amazon) check out the Stop Smart Meters! Store.

Posted in Uncategorized | Comments Off on Protect Yourself! New Guides from Ron Powell PhD for Determining Frequency & Power of RF Pollution Using the Cornet ED88T Plus Electrosmog Meter