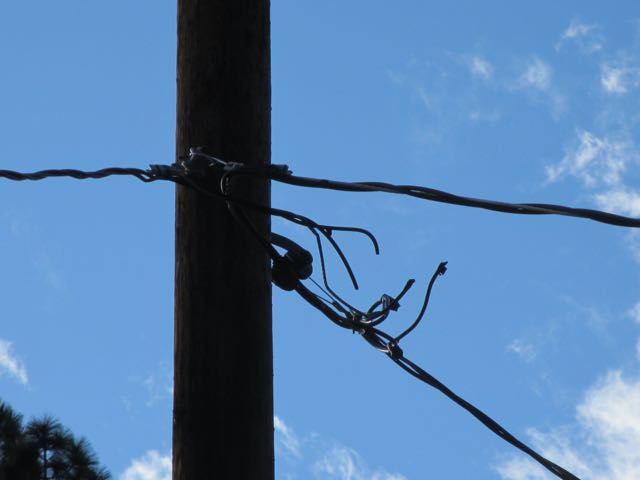 The decision last week comes 14 months after Plumas Sierra Rural Electric Cooperative (PSREC) cut the electric wires to the Hart household in February 2014 though the family have paid for their full electric usage minus the illegal “opt out” fees.  During that time, they have been living without electricity in an all-electric home in the Sierra Nevada mountains, without either a fridge or hot running water, depending on a wood stove for heat, cooking, and heating water. The family is continuing to hold out and have refused to sign PSREC’s proposed agreement that would have traded Mr. Hart’s silence about the dispute over the utility’s hazardous smart meters for restoration of electricity service.  “We refuse to be extorted, coerced, or silenced,” says Plaintiff and veteran anti-smart meter organizer Josh Hart.  “It’s about time PSREC is held to account for its flagrant violations of disability rights.  The court’s decision has vindicated our standing up to the utility and confirmed that PSREC is indeed violating the law. They must obey the law and reconnect services.” 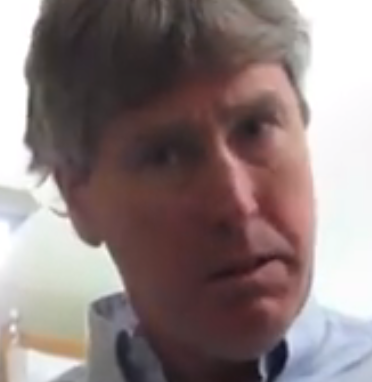 In the small claims court case brought by Mr. Hart in March, Judge Hilde found that PSREC and its General Manager Bob Marshall violated state discrimination law.  The fees: $141 to start and $15/ month to use an analog meter, were found to be illegal under CA law as the utility levied a fee for what they knew was a simple accommodation of a physician-confirmed functional impairment, or disability — the removal of RF emitting equipment from the premises.

“Plaintiff presented the court with a letter from his physician, stating that he has a condition, Electromagnetic Field Hypersensitivity, which causes him to suffer from headaches and other medical symptoms when exposed to radio frequency from smart meters. Plaintiff also provided the court with copy of the California Public Utility Code section 453(b) which provides in part: ‘No public utility shall prejudice, disadvantage, or require different rates or deposit amounts from a person because of ancestry, medical condition, marital status, or change in marital status, occupation, or any characteristic listed or defined in section 11135 of the Government Code’”

Though Judge Hilde has now ruled that the fees are illegal, and ordered PSREC to offer a self-read based electric service, General Manager Bob Marshall refuses to comply with the judge’s order, and is refusing to restore electricity to the home.  Marshall and the PSREC Board of Directors say they plan to appeal the case. Hart asks, “Is it really in the public interest to spend ratepayer money on expensive attorneys to continue to refuse paying customers, unreasonably deny service, and defend illegal and discriminatory behavior?” 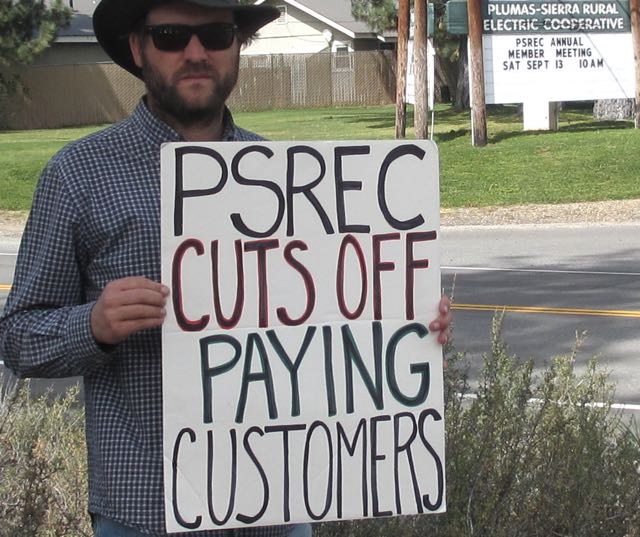 When Mr. Hart attempted to attend the annual meeting of the cooperative and vote in the election for directors in September, PSREC officials threatened him with arrest for “trespassing,” even though Mr. Hart was at the time a member and received an invitation to the event. “PSREC is retaliating against us for speaking the truth about their hazardous metering systems.  Their continued refusal to reconnect our home, even in the face of community pressure and a judge’s order is petty and vindictive, and is only driving more attention to an issue they’d probably prefer to sweep under the rug.”

This is not the first time that local courts have sided with smart meter radiation poisoning victims.  In 2012, a small claims judge in Santa Ana ruled that So Cal Edison replace an analog meter on the home of a woman who was made sick by the new wireless “smart” meter (see download below).  A woman in Santa Cruz County settled out of court with PG&E after she brought a small claims case for reimbursement for thousands of dollars spent to shield her apartment against radiation that was causing tinnitus and other health problems.

Smart meters in Stockton, CA blew apart after a surge hit the city. No analogs were reported to have behaved similarly

This legal victory for the Harts and the broader Stop Smart Meters! movement contributes to the ongoing erosion of the legitimacy of smart meter “opt out fees” nationally. Earlier this week, the Arizona Corporation Commission voted to suspend such fees statewide, while legislation in the state of Vermont already prohibits such fees.  “The fires, the health problems, and the recent simultaneous explosion of hundreds of smart meters in Stockton point to the fact that we should be abandoning the entire ill-conceived system — not just be dropping the fees. Charging for the use of safe and secure analog meters, and disconnecting paying customers is a violation of the law and community moral standards,” stated Hart.

PSREC has filed an appeal and we are now awaiting a new trial in Superior Court.

We are seeking to raise $10,000 to hire an attorney and compel the utility industry to comply with the law.  Contributions to the legal effort (as well as solar panels and other off-grid equipment) are being gratefully accepted at StopSmartMeters.org/donate

Links to a timeline and full SSM! coverage of PSREC’s violations 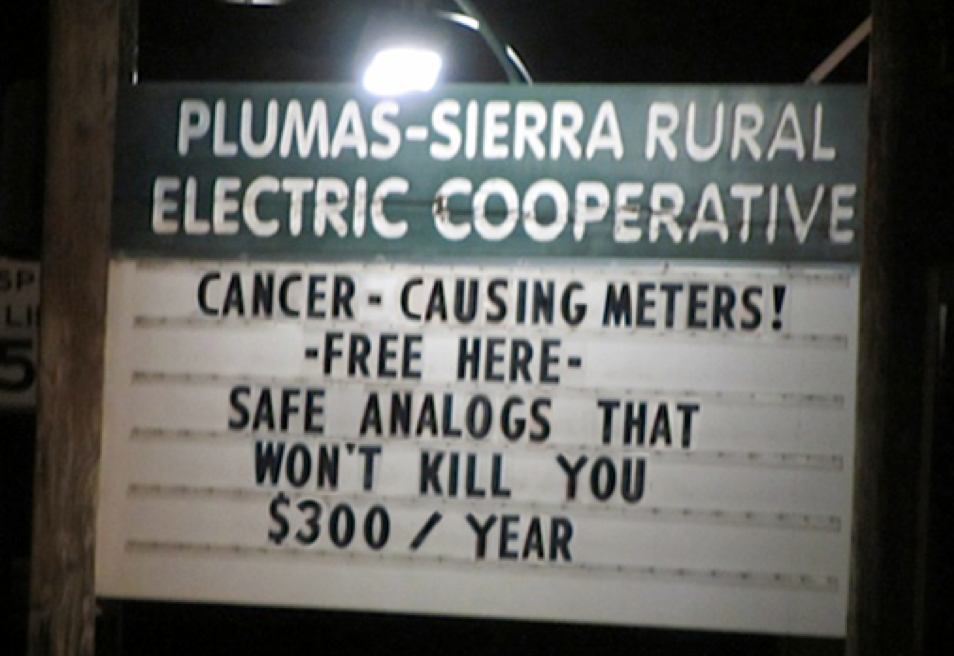