QUOTE OF THE MONTH 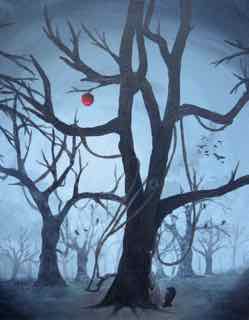 Strike at the root, the poison-tree will fall” 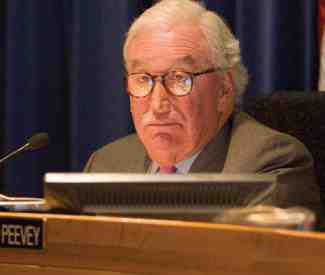 Given the revelations below, Stop Smart Meters! advises that Californians continue to refuse en masse to pay illegal smart meter opt out fees, given that the official state justification for the fees is based on nothing more than a “story”—part of a plot hatched by PG&E and top CPUC officials to coerce acceptance of their forced and dangerous smart meter program.

Stay Tuned, there is definitely a lot more to come on this story.

According to the San Francisco Chronicle: “(CPUC Energy Division Head Julie) Fitch sent the (incriminating) e-mail on Jan. 4, 2011, as the commission was grappling with whether to allow PG&E customers an opportunity to opt out from having smart meters installed at their homes. Such meters had raised health concerns among some customers. PG&E opposed the opt-out plan…Earlier, in September 2010, Fitch had e-mailed Cherry and his boss to warn that the opt-out idea was gathering momentum: ‘We are worried this could get out of hand if we don’t get our story straight about this,” she wrote. “We are actually trying to figure out how to prevent (an opt out), or at least figure out a way to have a consistent story about what the real costs would be.’

It is unclear what happened after the e-mails were written, but the commission ultimately approved opt-out provisions for customers who would have to pay for the privilege. Fitch could not be reached for comment late Friday. Britt Strottman, an attorney for the city of San Bruno, said Fitch’s e-mail offering to help PG&E avoid reporting back-channel talks was an assault on rules designed to protect all parties in regulatory cases.” Read full article. 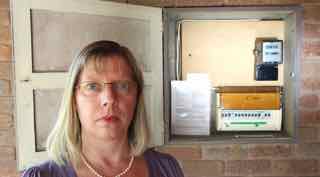 A journal article entitled “Self-Reporting of Symptom Development From Exposure to Radiofrequency Fields of Wireless Smart Meters in Victoria, Australia: A Case Series,” by Federica Lamech, MBBS has been published in the November/December 2014 issue of the peer-reviewed medical journal Alternative Therapies. Lamech says that wireless smart meters “are a credible possible cause of the symptoms reported in this study” and “…belief is increasing in the concept that intermittent pulses of radiofrequencies, such as those used in the smart grid, are more biologically significant.” Full article.

Last Monday night, January 26, 2015, yet another preventable tragedy unfolded as a 74-year-old Dallas, Texas man named James Humphrey Jr. was killed in a fire that his family is blaming on a recently installed Oncor smart meter. More details, video and interviews with his family. 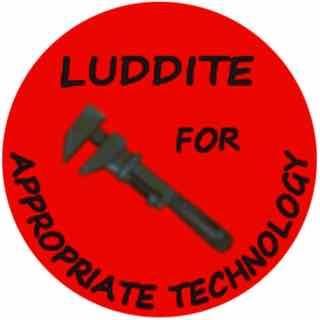 We are very excited to announce that StopSmartMeters.org has been nominated for the 1st Annual 2014 Luddite Awards given out by a DC industry think tank called the ITIF: “Information Technology and Innovation Foundation.” We are number 5 on their unranked list, along with the NRA, Electronic Frontier Foundation, and the states of New York, Virginia and Nevada! Vote for Stop Smart Meters! by February 5th to Ensure Victory! Why would we embrace a term like “Luddite” that is likely intended to ridicule and insult? In common usage, calling someone a “Luddite” has been used to imply irrational aversion to new technology, a kind of primitivism, however this is historical revisionism. Who were the original Luddites and what were they really fighting against? Read full article and decide for yourself. 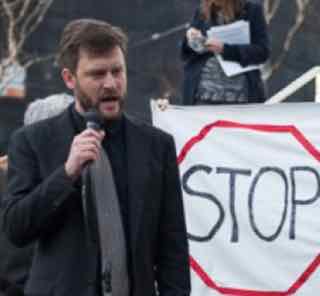 The December 18th 2014 meeting of the CPUC (a.k.a. the utility/telecommunications industry now acting as the California Public Utilities Commission) was the last for Mike Peevey—former SoCal Edison CEO and “mob boss”—a man who has driven the forced deployment of smart meters in California, and violated disability, privacy, and safety laws repeatedly to benefit his industry clients. Full Coverage

As of February 4th, Peevey’s home has been searched by state agents and his computers and hard drives seized. This is in connection to felony corruption charges. Thousands of incriminating e-mails have been released—take a peek and help us sift through the haystack for that needle that will pop their smart grid balloon. 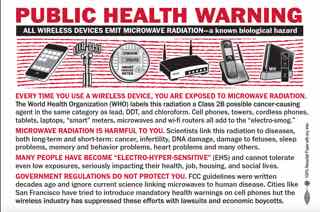 Thanks to a generous donor, for a limited time we are able to offer packs of 50 of our public warning cards and smart meter awareness brochures for only the cost of shipping ($3.95/$5.95, one order per household). Order as usual through our online store, where we also have DVD’s, stickers, and Cornet EMF Meters on sale. Many really are grateful for this information! Get yours today. 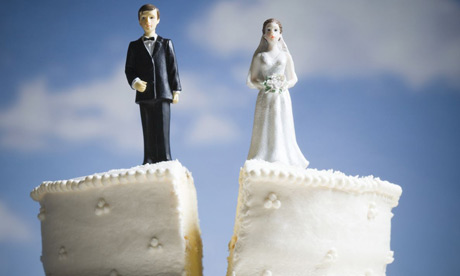 7. Dear Smart Grid, It’s Over (And it Never Really Began)

You know what it feels like when you’re not being heard? When a relationship seems one-sided? When the other party just takes and never gives back? When they drone on for hours about themselves and their needs and never ask you what you’re thinking or feeling? This might sound familiar if you have recently communicated with your utility company regarding “smart meters.” Full article. 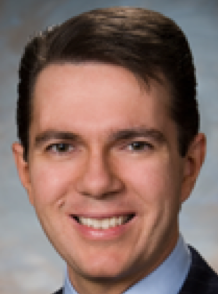 On December 12th, the Arizona Corporation Commission (ACC) took testimony from members of the public and experts, eventually voting to charge the people of Arizona the amount of $50 up front (for those who do not have an existing analog) and $5/ month forever after, just to keep their safe analog meters. You know, the kind that don’t catch fire and kill people? Full article. 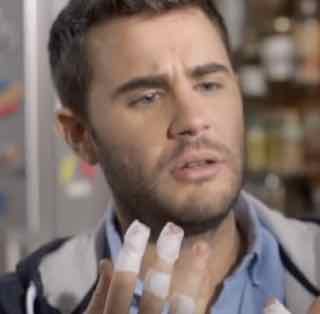 10.  Technophobia: Hilarious New French Short Film Asks: Is it You or the Technology?

Must watch and share ten minute video with subtitles.

11. How Dangerous and Expensive Became ‘Smart’ Exposé by Amy Worthington

“As this sort of incentivizing, perhaps also called bribery, is happening in similar fashion in many other industrialized countries, the multinational smart meter/smart grid initiative could potentially turn out to be the largest attempted financial scam in modern history.” Read more. 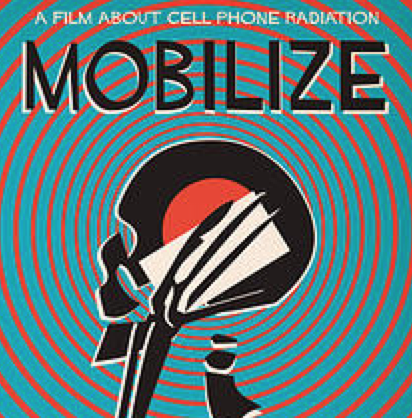 Mobilize is an investigative documentary that explores the potential long-term health effects from cell phone radiation, including cancer and infertility. The film examines the most recent scientific research, follows national legislative efforts, and illuminates the influence that technology companies have on public health. Mobilize features interviews with numerous doctors, politicians, cancer patients, and technology experts. Highly recommended- this film will make a believer of the staunchest critics! Buy it on DVD today. 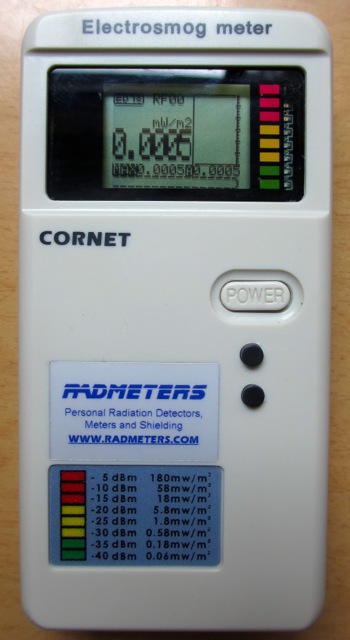 13. Pick Up a Cornet RF/ LF Meter in Our Store and Measure Your Home and Work

New SSM! Usage Guide, 9V Battery, and Free Priority Mail Shipping with Every Cornet RF/LF Meter Available Direct From SSM! at $139.95 each. We have the lowest prices around on these pocket sized accurate and useful RF/ LF analyzers that measure invisible radiofrequency and low frequency radiation from smart meters, cell phones, power lines, etc. Free priority shipping in the US and these carry a 1 year warranty from the manufacturer. Click here to purchase a Cornet meter or browse the other outreach materials available in our online store (brochures, cards, stickers, videos, etc). Proceeds help support the important advocacy work of Stop Smart Meters! Go to Online Store 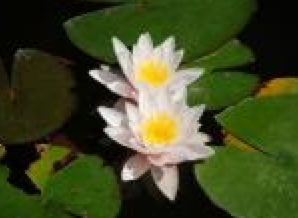 EIWellspring.org, run out of Arizona, has some great resources related to wireless safety, electro-sensitivity, and safer, off grid living resources.  Also, great information on Power Line Communication smart meters, and other technical documents.  Check it out!

If you support what we do, please donate to Stop Smart Meters! today. Your donation goes directly to keep our advocacy, technical and strategic support available to local groups. How about volunteering? Do you have a skill that could help stop smart meters?  We need database help and graphic design help. Donate here or make checks payable to: Stop Smart Meters! and send to: PO Box 682 Portola, CA 96122. Inquire about tax deductible donations — THANK YOU. We appreciate you and your support for this ongoing grassroots effort.

“Our lives begin to end the day we become silent about things that matter.”  -Martin Luther King Jr.