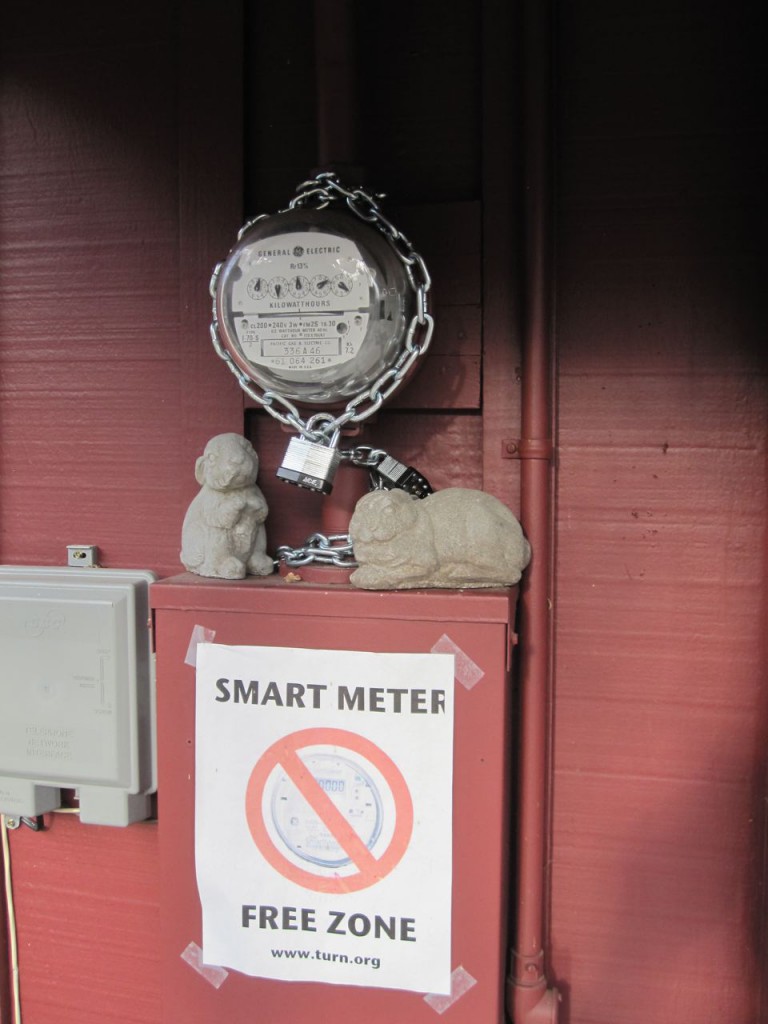 Analog electric meter being guarded by locks, chains and attack bunnies- have you seen Monty Python and the Holy Grail? Look out installers.

These photos were sent to us from someone in the Santa Cruz Mountains who has avoided wireless smart meter installation.   If you live in a home that was built originally with no electricity (perish the thought), often the meter and the panel will be separated from the house, allowing a chain to be installed, preventing removal of your existing electric meter.  The heavy gauge chain is crossed behind the pipe at the top, and locked tightly in two places- in front of and behind the pipe.

The gas meter below is wrapped like a present for PG&E- with chain link as a ribbon- preventing installation of the small grey battery powered wireless smart meter that they try to fit on top of your existing gas meter.  Why would utilities ask people to switch off cell phones when there’s a gas leak to stop sparks and then attach what amounts to a small cell phone on our gas meters?  We have a prize for you if you figure that one out…

Why would anyone in their right mind actually want a ‘smart’ meter when they’ve been shown to violate FCC limits on human exposure to microwave radiation?  Keep those pics coming of your own defenses against microwave trespass….. 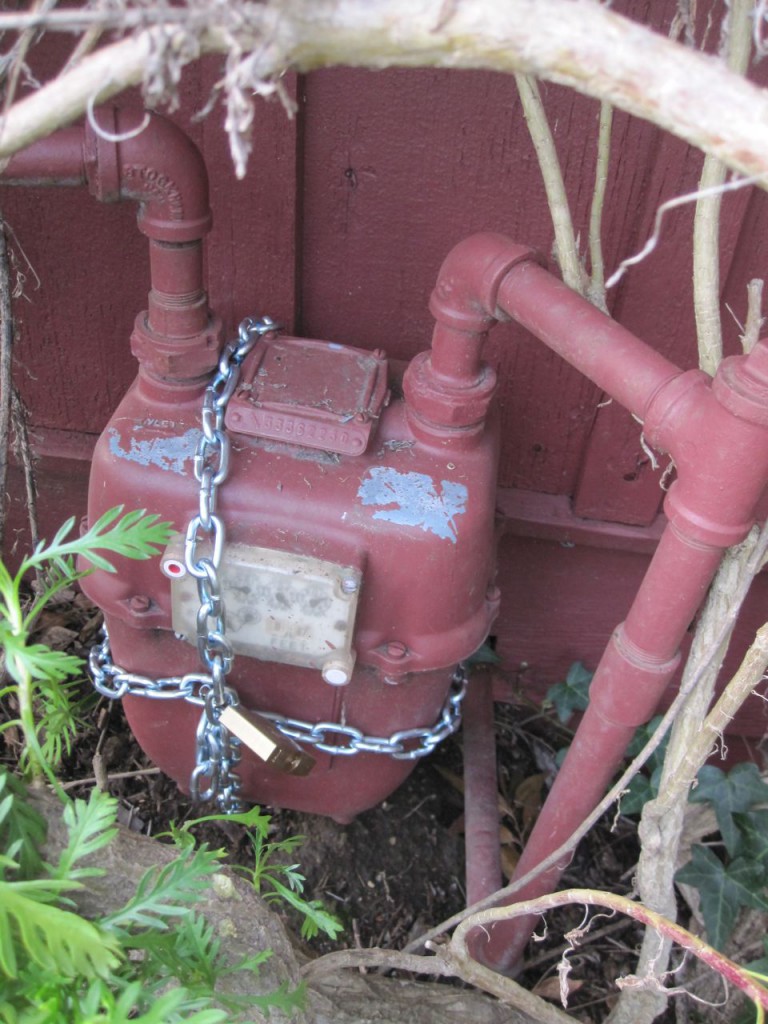 I'd rather not have an ignition device on my gas meter thanks very much.

This entry was posted in Citizen rebellion, Democracy. Bookmark the permalink.

45 Responses to Defend Your Analog Meter